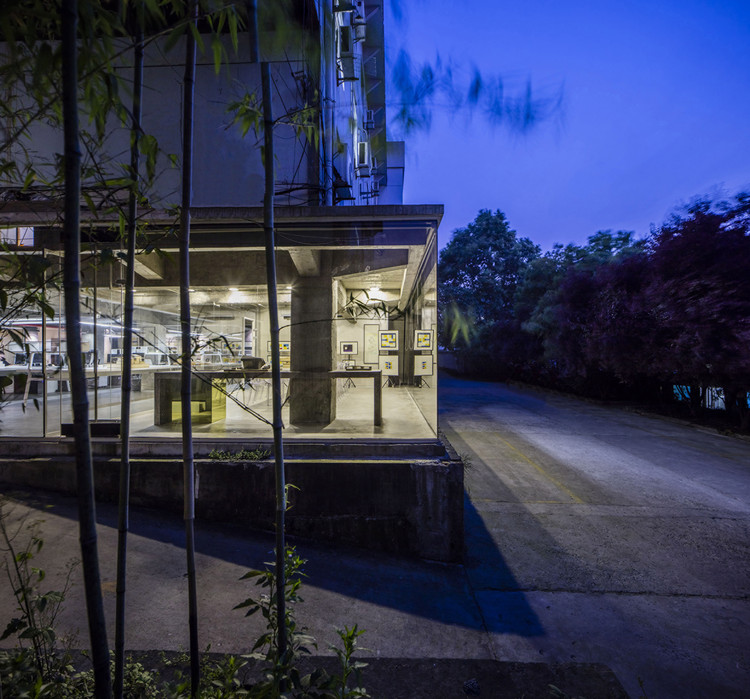 Text description provided by the architects. The office site is located on the ground floor of an old building at a film production campus, north to Laohe Mountain and West Lake in Hangzhou.  The exterior façade of the building is in a chaotic and disordered condition, but the vegetation around is luxuriant and with four distinctive seasons.  Thus, creating an unified identity and guiding the surrounding natural sights, were dealt with at the beginning of the project.

Architecturally, the original repressive and heavy impression of the building should be decreased, and light, dynamic and lively elements need to be brought in.  All the walls and structural elements are striped to the bare minimum, and the concrete surfaces are exposed.  A feeling of primitive simplicity is introduced, and thus brings the intrinsic calmness and rationality of modernism of the whole building.

The depressing base of the old building is outlined by a white paint metal plate that draws out an undulant white edge to the exterior façade.  The original boundary beam is extended and connected to a one-meter wide oblique beam, which is held with the secondary ring-beam and implanted into the whole surface of glass with no mullion.  This one-meter extension helps to far extend the office space, and separates the surface glass panels from the pillar.  At trimming, the glass ceiling is staggered with beam bottom of ring-beam and packs it inside, which eliminates the repression brought by low height of exterior façade.  The exterior façade thus becomes one connected screen, and allows for a continuous reading of the surrounding landscape, both transparently viewed and reflected.

The office space and the surroundings constitute the inter-borrowing of interface, and the striking margin becomes a visual mechanism of internal and external communication instead of one single eave.  Indoor light is projected into the environment by trimmings of the white margin like an canvas.  The submontane four season views get across the interface and permeate into the interior space, which create lively working environment and allow for different experience of transparency.

The interior space lasts the atmosphere of conciseness and tactility of exterior façade.  The large poured concrete meeting table is a miniature of the re-constructed structural feature, where a diagonal cut is made sectionally around the table and allows for a light and thin touch for the edge.  The rest of the building components and furnitures adopt with white color while some of the equipment and pipes is painted red.  There is harmonious coexistence between the exquisite and smooth white edges and surfaces, and the extensive concrete space, based on the integration of overall conciseness.

There is no redundant color or surface inside the office and all components connect through the most direct form. Standing in one place, one's sight could penetrate any place.  In such opposition and transparency, people are welcomed with an emotional and pristine touch with the interface and to experience with the nature, seasons, environment as well as air. 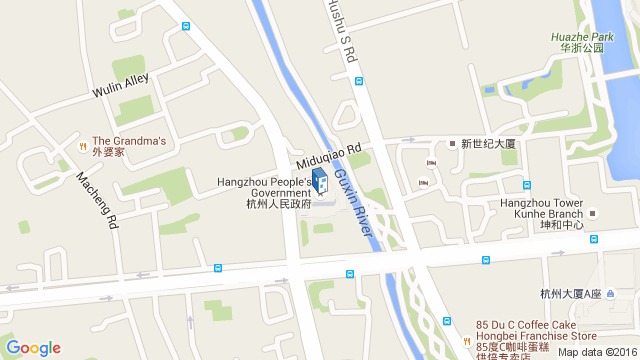 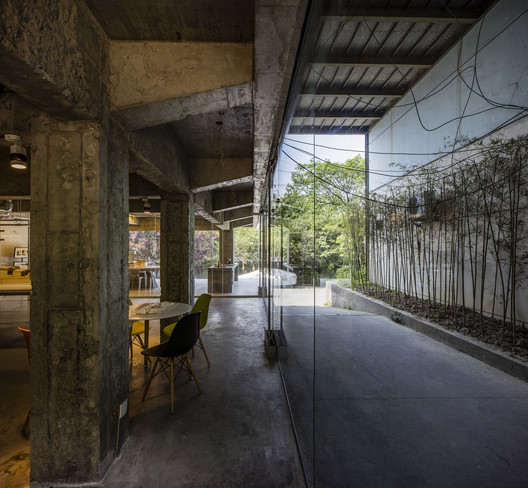 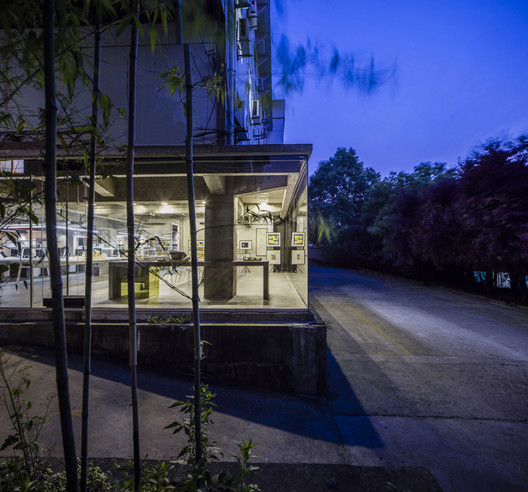