Text description provided by the architects. The building is located on the southern edge of the city, appearing as a sort of entry landmark. It has a significant volumetric presence in an environment of urban voids. The piece is conceived as the finishing part of a university complex developed in a phased implementation.

It hosts two different uses with significant dimensional variation. One holds the departmental, administrative and support for teaching and research uses, such as departments, library, video-library and study. The other, the heavier one, hosts research laboratories of different dimensions and demands with their complementary areas of support.

Due to economic investment issues, all this intervention had to be developed for in two different time frames.

Thus raised, the project is solved in two different volumes connected to each other. The smaller one houses the administrative and public functions, and the larger one, research activities.

The initial idea is to emphasize on the obsolescence inherent to research activities and buildings, which constantly incorporates new technologies and demands. This thought draws a conceptual line which implies that versatility should be infinite. Anything can be demanded to the building. It will have to be prepared to receive any deployment or installation that is needed.

We arrived to the conclusion that the façades must become the place of disembarking, either from the deck or from the basement, of any new deployment of installations. Therefore the exterior facade is justified solely from this perspective: the place where to devise future lines.

The facade is thus proposed as two separate parallel planes one meter apart, creating a walkable and accessible space from which to handle all future services.

The inner plane of the facade is massive, traditional, while the exterior one is a permeable, variable, heterogeneous plot, resolved with aluminium profiles arranged in two different ways, in different modular positions and in eight different shades. We use six different shades of grey, white and black as the colour scale.

The combination of shape, arrangement and colour provides the building with a changing image depending on the light, clear or cloudy sky, and orientations.

It is like a huge permeable mesh that holds inside the almost infinite capacity for unperceived interventions. For this reason, since the beginning of the project, it bodes long service life and adaptation to future times, with the risk that this categorical definition implies.

The volume and finish is perceived as a changing body, adapting slavishly, adjusting to the usual skies, the environment, littering and losing the dimensional power that the built mass has. That image sits in the line of timeless buildings that survive to fashions subject to variations of use. 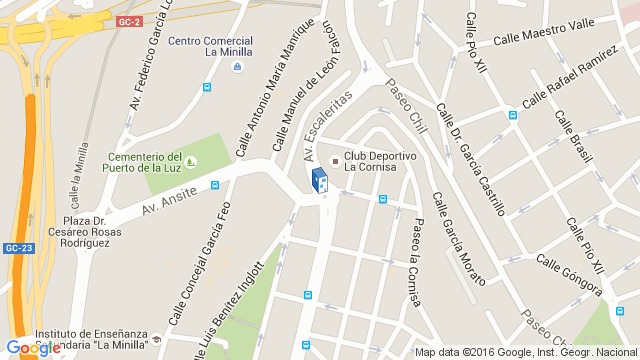 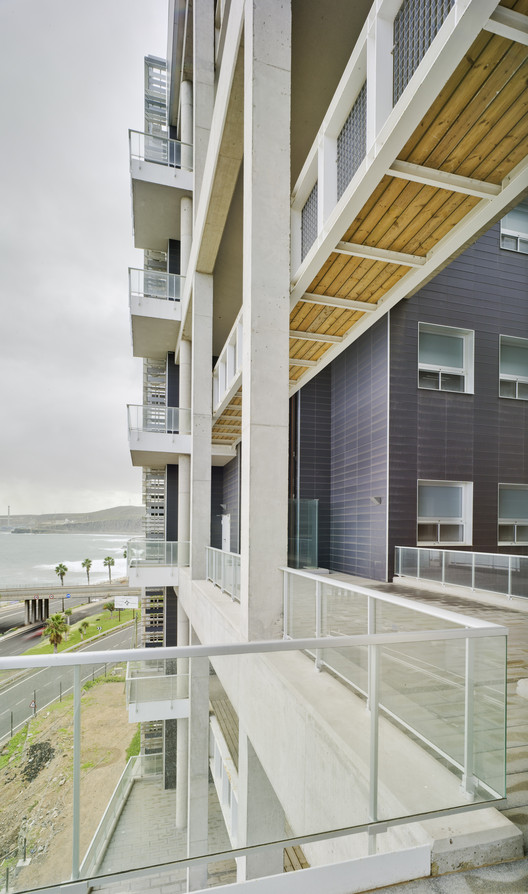 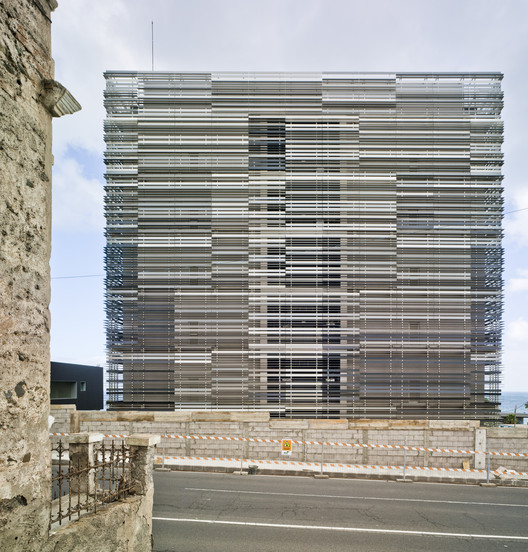