The Solomon R. Guggenheim Museum, which opened in 1959, was controversial for being “less a museum than it is a monument to Frank Lloyd Wright.” Although Wright intended to display paintings on the curved interior walls of the central open space, the concave walls made it unworkable. Instead, the central atrium became a place for procession and the uncovering of space through movement. The continuous ramp overlooking the atrium allows people to interact from different levels.

Photographer Laurian Ghinitoiu places people at the core of his photography which perhaps explains how, in this photoset of the Guggenheim Museum to mark Wright's 149th birthday, he captured the essence and vitality of the Guggenheim Museum. While some images depict the museum’s atrium as a place for passing-by, wandering or socializing, others grasp the growing influence of photography and self-representation on visitors’ experience. Some shots also show the building in its urban context with people involved in daily life activities. 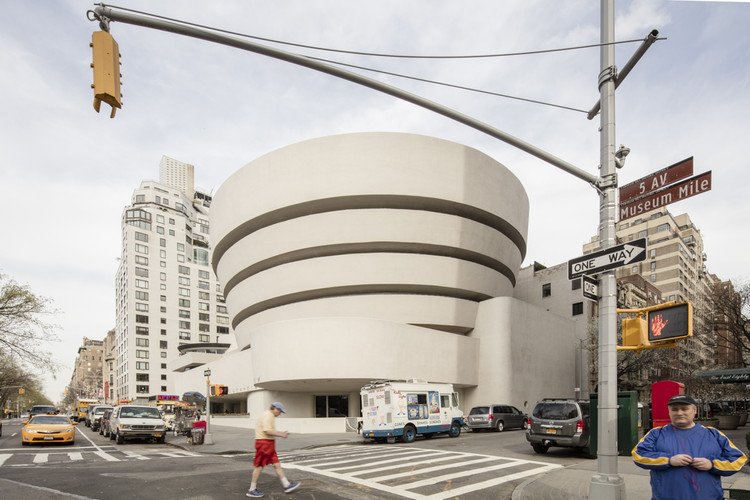