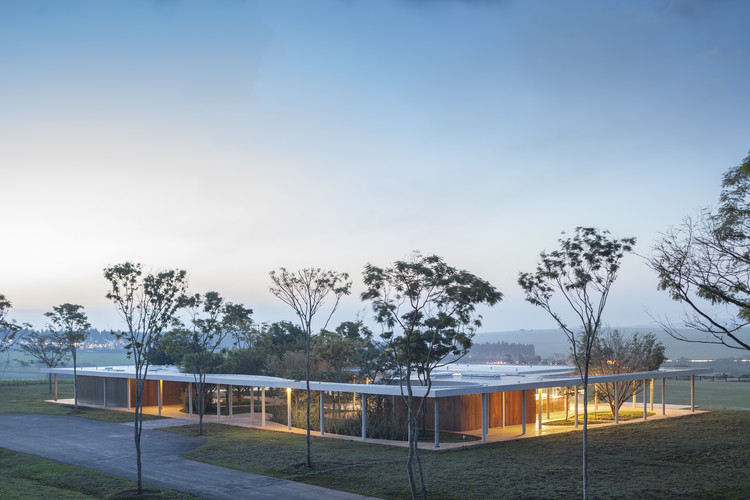 Text description provided by the architects. Fazenda Boa Vista is a residential and hospitality complex located in a 750 hectare property in Porto Feliz, 100km away from the city of São Paulo, in Brazil. Besides the hotel, it comprises yet private villas, spa, kids club, equestrian center and clubhouse, sports center, petting zoo, two 18-hole golf courses and clubhouse, swimming pool and 242-hectare woods punctuated with innumerous lakes.

Fazenda Boa Vista’s equestrian center stands discreetly on a slight slope, overlooking the equestrian competition track. The stringent program of the building, meant as a supporting and reception area to riders and spectators, features a bar, kitchen, lounge, restrooms and locker rooms, and was accommodated under a single rectangular concrete slab laid on numerous slim stilts, whose perimeter defines an area of 645 m2.

Under a generous rectangular top – which, after a large amoeba-shaped cutout, became a marquee  and around the curves of the inner garden, with its dense vegetation and leafy indigenous trees, three closed cubic volumes were distributed: locker rooms and kitchen were housed each in a wood cladded volume, whereas the bar and lounge areas share an all glazed one.

Yet, open lounging areas still prevail under the marquee, as also on a succession of terraced platforms that descend from the clubhouse to the competition track, welcoming game spectators to sit, relax and enjoy the performances.

Note: This project was originally published in june 06, 2016 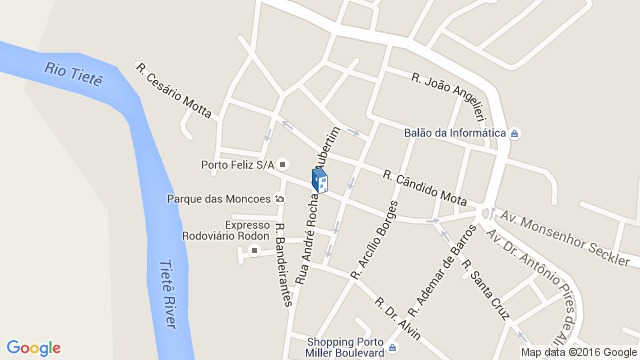 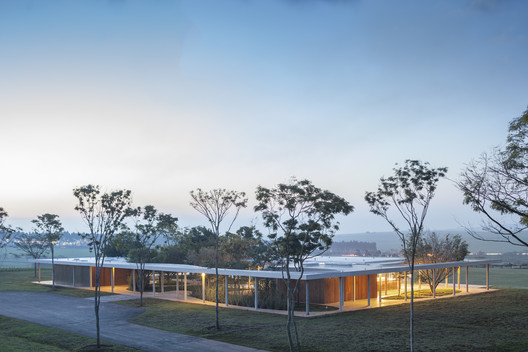