Save
C.F. Møller's Proposal for the Örebro Timber Town Blurs the Line Between City and Nature
Share
Or
Copy

C.F. Møller Architects and C.F. Møller Landscape, in association with Slättö Förvaltning, have won the competition to design a new residential quarter in Örebro, Sweden. Their design, the Örnsro Trästad - Swedish for “Timber Town” - focuses on the organic integration of new urban development with nature, spotlighting sustainability in both construction and urban planning. The competition, run by the Örebro Municipality and the Swedish Association of Architects, sought a visionary design and an “extraordinary urban quarter” to act as a new social landmark within the city.

The design comprises a small village of residential buildings, all varying in height, a series of public plazas and a central green. Nine structures are distributed across the 18,000 square meter site, which is divided by a central axis connecting the development to its neighbouring Ängen parklands and a site marked for future development. Pedestrian and bike paths snake between the buildings, linking up to existing promenades and paths.

In their press release, the architect described the design as an “unexpected meeting between city and wild nature,” and this vision has been clearly expressed by positioning the new development as an organic threshold between parkland and urban landscape. The buildings are oriented so that each receives at least one aspect considered “urban,” and at least one considered “green.” The architects have focused on creating a sense of community and public space, incorporating several plazas and a main public green, but were careful to include private gardens and entrances, retaining some of the social qualities of traditional suburban living.

The organic nature of the project is further expressed through a heavily timber-based material palette. C.F. Møller have recently been engaged in several pioneering timber projects, including their first prize winning Wooden Skyscraper design for Stockholm. According to C.F. Møller, it was "an obvious choice to choose solid wood for structure as well as façades of wood. In addition to contributing positively to the environment, wood gives us new opportunities to create innovative and value-creating architecture."

"We wish to create an including urban quarter in which the city's urban and social qualities interact with the park's organic structures. The proposal illustrates a vision with the objective to create an exciting place in Örebro, of unique value, with innovative architecture," said Ola Jonsson, the project architect at C.F. Møller. 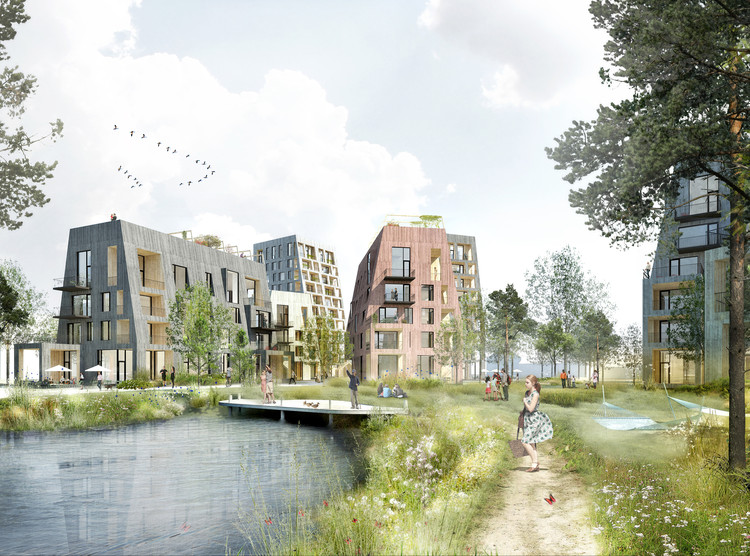 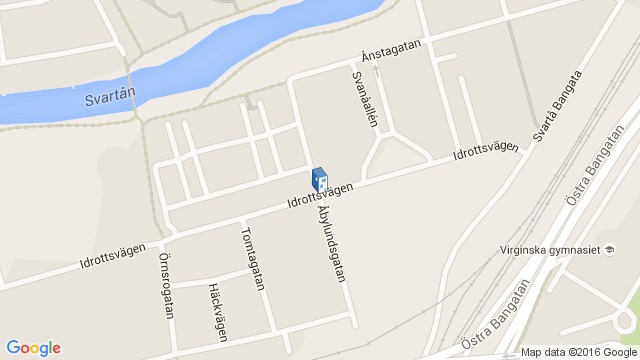 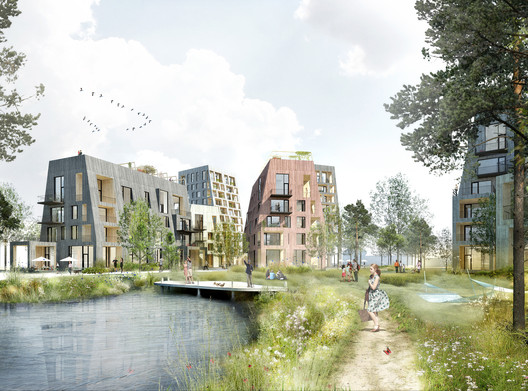