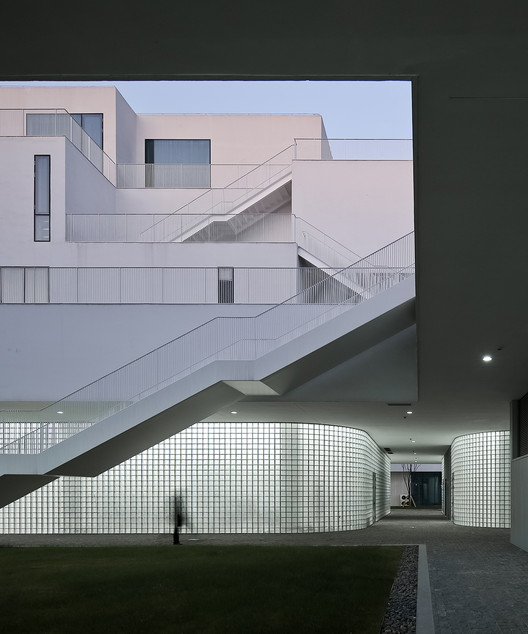 Text description provided by the architects. The R&D and innovative port of Anting International Automobile City, which is situated northwest to the suburb of Shanghai, is a project mainly programmed for the research and development of automobiles. The total construction area is over 150,000 sqm. Atelier Deshaus undertook the design project for the site D out of the five parcels of the site.

An overall plan for the project has detailed a general arrangement for the parcels and outline and floor numbers for each individual building. However, the program was ambiguously set, without specification for use, that two major functions are roughly presented in the program, workshop for pre-manufacturing and offices for research and development, without any other specified use envisioned. The site, characterized by nothing but anonymity, provides no reference for the design. A sense of alienation haunts the site, just like any other new towns developed in the suburb. In an effort to get rid of that sense of alienation, we intended to bring a sense of belonging to the “home” for the researchers, engineers, apart from fulfilling the functional needs and flexibility for various modes inhabitation.

That intention constitutes the basic point out project revolves. The basic strategy is to define the project as settlements with luxuriant ecological hierarchy. Each piece of settlements consist of two overlapped parts. The upper part, ranging from 2nd floor to 4th floor, accommodates the office units for research and development., a bar plaza in the middle has the focus of the whole settlements comprising piles of office units. Units was intentionally set back layer by layer thus a gesture embracing the sky comes into being, a third dimension besides the depth and width was constituted. That artificial topology of terrace is also integrated by the outdoor staircases, as the extension of the inner court yard, or plaza if you would like. It is thus a place for rest ,chat and events intended for the staff.

Crawling on the ground floor are the pre-fab workshops, rooms of equipment and service rooms, altogether 8 volumes in various sizes. Organized around the inner courtyard, detached from each other by a 4-meter aisle at minimum for logistic circulation, the corner-rounded glass rooms are sandwiched between the earth and the platform overhanging, in a space strongly identified with the horizontal dimension. The upper part bright, explicit, organized, opening up to the sky while the lower part dark, ambiguous, subtle and crawling over the ground. Thus a sense of verticality comes into being in the settlement , initiating an explicit respond from earth to sky.

Martin Heidegger suggested in “the origin of the work of art” that “to be a work means: to set up a world”. As architectural work is concerned, to set up a world could be materialized as to set up a place. In this case, the quantified fulfillment in the material level is no longer the whole matrix of Function, rather a functioning in which the users may feel esteemed should be involved also. Following that to create a sense of belonging becomes the key to the very functioning.

Ambiguous program settings and anonymous sites have altogether formulated a typical tone of Chinese contemporary architecture practice in the radical urbanization. Apart from fulfilling the functional and regulatory requirements, is there any possibility, in a common project like this, to create a sense of belonging wherein the users feel esteemed and rooted? This constitutes the basic proposition the project tries to respond, with  phenomenological reflection. 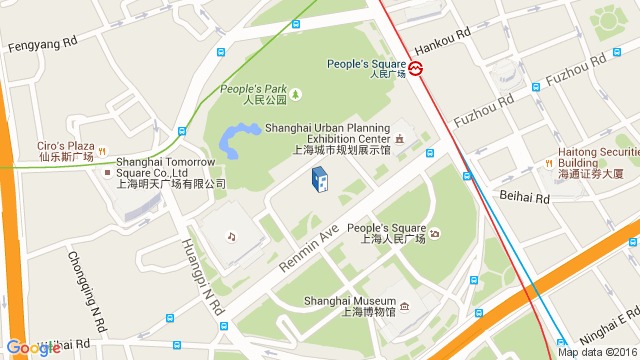