Architecture and planning firm Sabri Pasayigit Design Office has released its new master plan for the Municipality of Kayseri in the Sahabiye neighborhood of Kayseri, Turkey.

The project balances historic and modern architecture elements, with a focus on the historic castle of Kayseri as the city center point. Cultural and public buildings will be placed near this historic center, with taller buildings set farther out of the city.

In an effort to design public spaces as physical connections, a large-scale park will be added between the historic center of the city and an existing green area. At the crossing of these two parks will be two commercial towers, which are meant to represent the role of Kayseri in the Turkish economy, as well as Kayseri’s role as a commercial meeting point along the historic Silk Road.

This added green space will become the longest public space in Kayseri, and is intended to emphasize the value of public space as a piece of urban infrastructure.

The project is one of the largest urban transformations in Turkey, and is hoped to illuminate the commercial profitability of urban planning, so as to bring new investors to underdeveloped parts of the city. 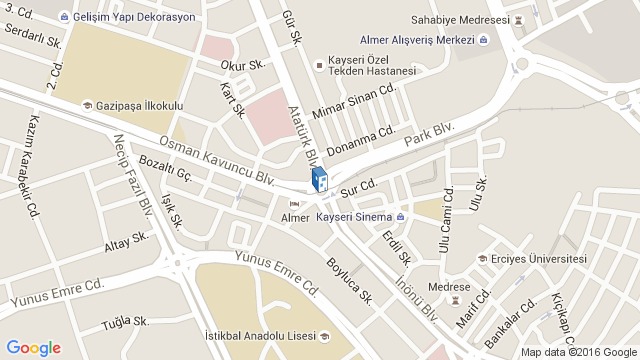