The building consists of ‘Stacking Loop Circulation’. The triangular planes, differing in size, create gentle slopes that allow for activities such as walking, jogging, cycling and socializing. Inside the triangle form is an open atrium for indirect sunlight and natural ventilation, reducing the heating effect from direct sunlight. Environmental considerations extend to the proposed buildings’ floor plan, with 50% of the area built underground.

Despite being located 12km from Sydney, the City of Ryde benefits from a largely rural environment. While the existing civic buildings – built in 1964 and 1970 – are set for demolishment, Trianglemnant attempts to “preserve the foot-prints of the current civic buildings for the new development,” as voided areas become a showcase for the public to utilize and learn about city, explain the architects in a press release.

Trianglemnant’s design is innovative, yet embraces a conscious effort to embed the civic center within the unique character of the town, “old enough to give a familiar sentiment to residents.” 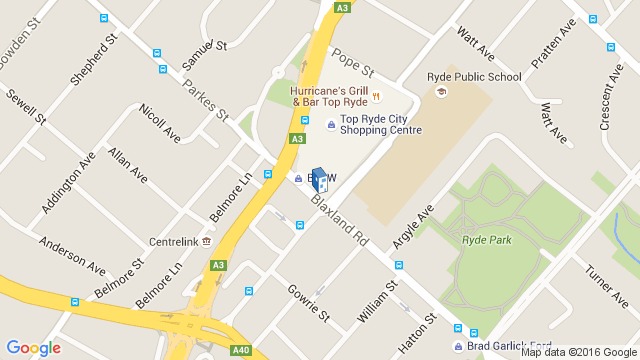 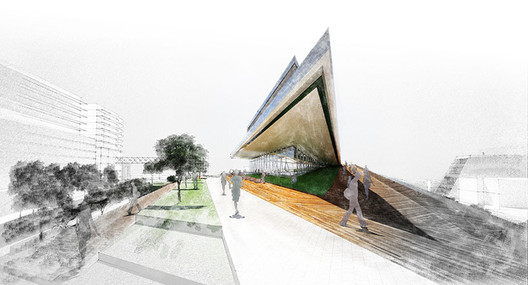