Text description provided by the architects. Formerly a railway enclave, the Clichy-Batignolles ecodistrict is reconquering this forgotten piece of Parisian ground. This major municipal project was envisioned as a response to the elevated need for housing while paving the way for a durable, mixed-use 21st century city. So much data that had to be compiled to come up with smart solutions for a multi-program block (nursing home, social housing, private housing, religious center, and retail businesses).

These programs, with their fruitful cohabitation, contribute to the city’s growth with their high quality and symbolic significance. The project provides a strong architectural response to the challenges of urban density and new environmental requirements by creating collective strategies for the entire block.

This project is the result of a lengthy consideration of zoning rules for minimal distances between structures. Shoehorned into its larger setting as the final piece of a larger puzzle, it is tied to a sense of proximity in this neighborhood and a desire to create density. The horizontal and vertical paneling carves out an unusual volume, at once a glacier and a rocky outcrop. This form gives the residence a strong sense of identity while also refining and streamlining the rigorousness of the construction system used.

The two housing programs were designed as parts of a larger whole. The equal treatment in the choice of materials and colors creates a sense of cohesion between the social housing and the private housing.

Located in the eastern end of the parcel facing rue Cardinet, the social housing units form the prow of the block. This compact building is associated with the Ehpad senior housing realised by Atelier Du Pont, with which it shares a patio in the middle of the block towards the park, thereby forming a coherent whole.

Facing the parc Nelson Mandela and representative of the landscape of the Batignolles, the private residence is an inhabited prism whose physiognomy changes during the day : it is urban on the city side and green on the park side. The 86 apartments have an unrestricted view of the park and the skyline of the Saussure block beyond. Facing northwest onto the park and southeast onto the interior of the parcel, they all have large terraces facing the park or the gardens. They are protected from direct sunlight by perforated, sliding shutters.

Consisting of a chapel and a meeting space, the Ozanam house lies at the base of the private residence and is characterized by its complex volumes and orange color. A cross planted in the ground signals the entrance at the intersection of rue René Blum and the impasse Chalabre. The double height chapel faces the garden in the center of the block and provides a generous sense of space, one that was dug out from the mass of surrounding housing units. 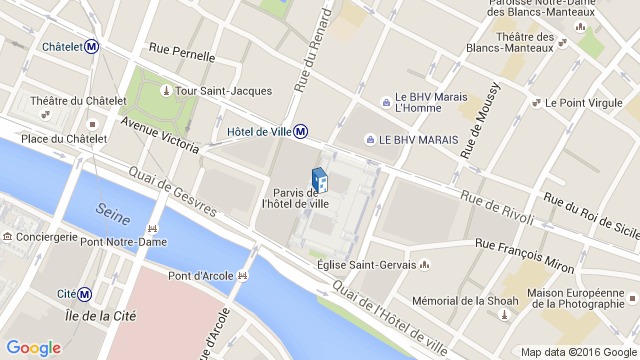 Location to be used only as a reference. It could indicate city/country but not exact address.
Share
Or
Copy
About this office
Jean Bocabeille Architecte
Office
••• 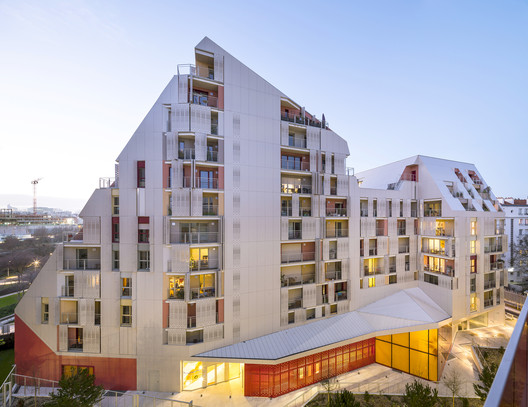