Cat owners can now offer their cats a range of architectural landmarks to inhabit. The design studio, “Poopycat” has released a series of cardboard cat homes, modeled after iconic architectural landmarks. The series includes the Taj Mahal, the White House, the Eiffel Tower, as well as more monumental works like the Sphinx and a Mayan pyramid.

Clearly designers have a love for pet-friendly architecture; "Poopycat" shelters, furniture like LYCS’s modular CATable 2.0 as well as these dog houses demonstrate this.

See all the shelters on Poopy Cat. 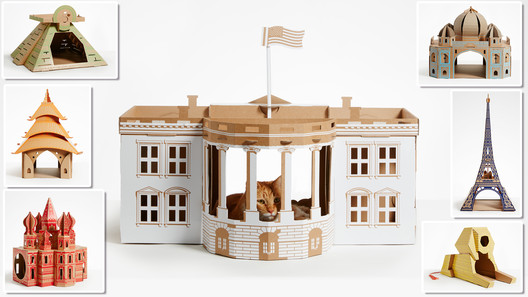