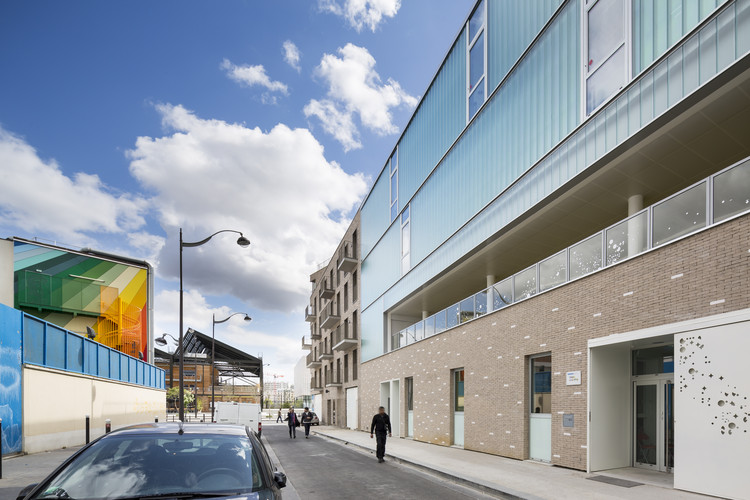 Text description provided by the architects. The program, packed and complex, offers a dual programming in the same site, including a childcare centre with its staff housing and 13 students housing units.

The project must integrate different qualities: openness and privacy, daytime operation for the childcare centre, evening and night for the housing, friendliness and safety...

The nursery is set up on the first two levels and the housing overhang on the two upper levels.

The ground floor reminds this typical base effect of the Parisian buildings. It has a texture, a particular material, made of rough bricks. Some glazed color bricks are randomly embedded at different heights dancing on the façade. Their colors discreetly recall the vocation of the building intended for children.

In the higher levels, a wired glass skin called reglit unifies the facade. Sometimes opalescent, opaque or opened by windows, it discloses the activity taking place in the common areas of the housing units. In the evening, it shines and forms an urban window on the street while the nursery falls asleep.

The street façade develops a large loggia on the second level. Overlooking the street, children feel protected while they are observing the surroundings from their headland and satisfying their growing curiosity. The garden is like a microcosm where every children’s living unit can focus on. The outdoor spaces allow different uses, adapted to different ages, seasons, times of day.

In the nursery, the functional simplicity of the plan allows children and adults to locate themselves easily.

Friendly, open, functional and programmatic nesting; the new equipment reflects the values of the neighborhood and it will surely become its strong element. 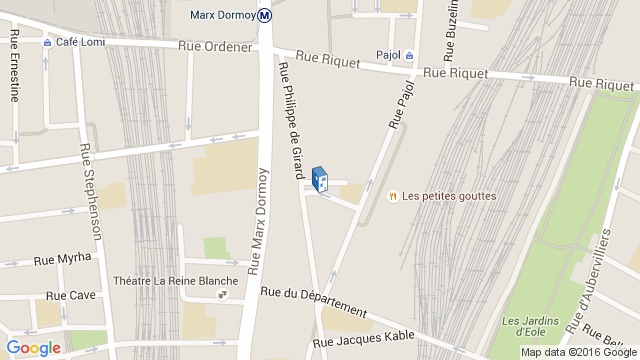 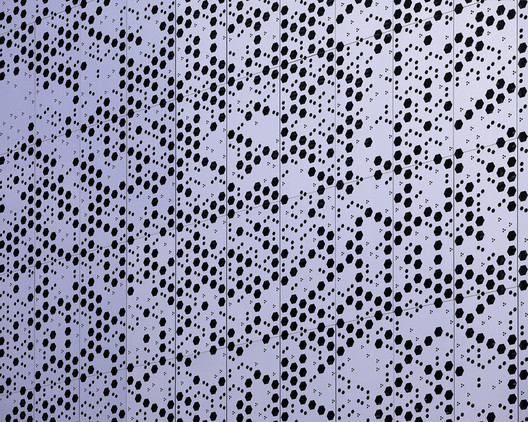 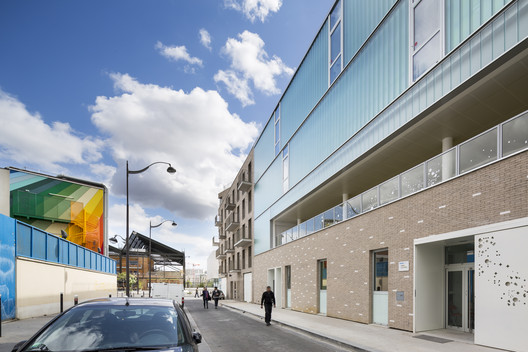