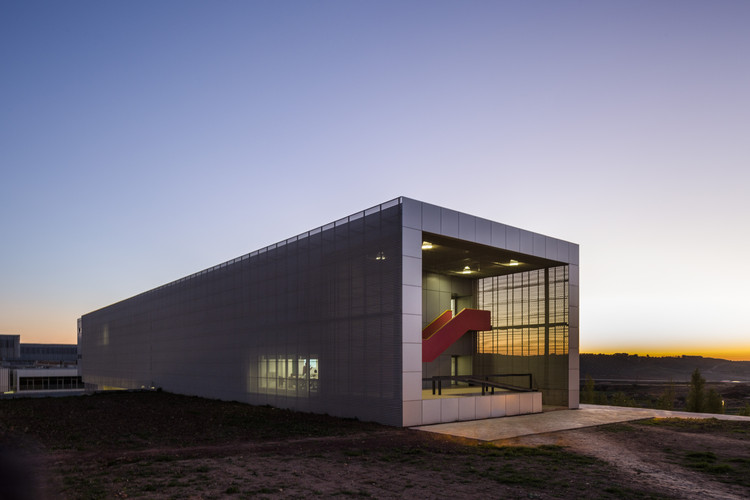 Text description provided by the architects. During the financial crisis, the Science and Technology Campus of Linares Foundation decided in 2008 to cope with the various adjustments and industrial dismantling of the region, with a project that promoted research and innovation as well as economic development and the social revitalization this disadvantaged area. A project come true thanks to the continuous support of all social, economic and political agents.

As home of the University of Jaen in Linares, the campus has six main buildings, among which is the present classroom building for 2600 students. Located on a steep plot, its formalization responds to the need to resolve both the encounter between the different elevations as well as the program of needs, so that a spatial fluidity and permeability occurs from the different accesses; a fluidity that extends to the relationship with the other buildings and the large central area of the campus. The building thus becomes a kind of interior landscape that is shaped as one traverses it and according to the different levels, always in permanent physical and visual relationship with the exterior.

Functionally, the ground level of the central square is reserved for the lobby and concierge; below, between the enclosed patio and lawn are the examinations classrooms; the upper level is for the computer rooms and the top two floors for classrooms, workshops and seminars, in general. Thus projected, the building allows a compartmentalization in separate areas that make possible a more rational operation in special situations: exams days, uses outside of schedules, seminars, etc. so that, despite their openness and flexibility, it is possible to narrow particular areas both spatially and in the use of facilities.

Constructively the encounter with the ground is resolved with three large concrete supports from which the whole building is suspended, conceived as a bridge of almost 40 meters in span and two stories high, executed with metal frame in which most of the classrooms are located. The facade is made of an aluminum curtain wall and glass -Schüco system- which is protected, except for the north-facing sides, by a thin skin of aluminum microperforated sheet allowing the ventilation of the facade and reducing direct heat gain by 35%, while enabling direct views from the inside.

Spatial clarity, easy maintenance and durability, as well as energy efficiency have been the fundamental premises at the time of undertaking the project. 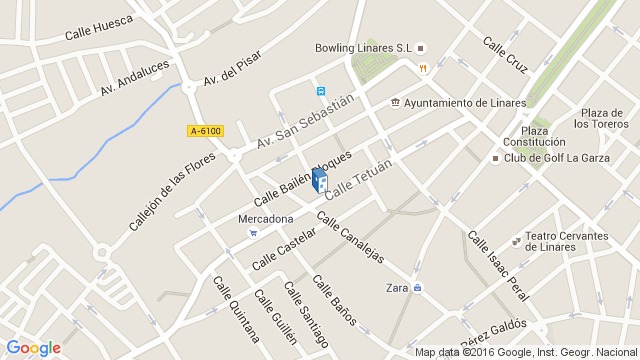 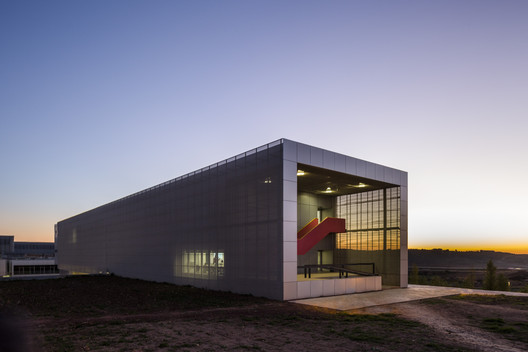