Text description provided by the architects. Minamisoma city is the place suffered from the earthquake and tsunami of the Great East Japan Earthquake in 2011. Fire Department building of Minamisoma city was also damaged and required to be rebuilt. In the confusion of the aftermath of the earthquake, it took three years from the schematic design to the completion of building combining the functionalities of fire department with wide area fire-fighting headquarter, while this building became the first reconstructed public building in Minamisoma city.

Sadness still remains in this disaster-stricken city with many victims. Therefore, it is hoped this center to become a place for giving hope to the citizens throughout the future, while the building will play important roles for firefighting, disaster prevention, and disaster prevention education foothold.

The space in the center connecting those two functional facilities was elaborated as a symbolic structure as three-story high wellhole, intended to be utilized as a disaster prevention education zone for the citizens.

A spatial configuration with top light and organic spiral space, as well as its symbolic upward quality of the space creates affordance to navigate movements of people. The top light frame was assembled with flat bars in 50 mm width to achieve lightness in appearance.  Gravity ventilation system with the aid of wind force was adopted, based on the simulations performed during the design phase, in order to realize the system to allow comfortable airflow throughout the building.

In this disaster prevention education zone, the design for exhibition space was also provided.  By linking this exhibition space with the rising quality of the wellhole, it was configured based on the themes of; the "past" that we must not forget; the "present"; and the "future" for restoration. The actual height of the tsunami reached at this location was also represented with three-dimensional quality.

The exhibition walls and handrails continuing from the first floor to the third floor have varying heights to intentionally deviate the line of sight by locations. Those exhibition walls were placed to provide a space showing only what is needed to be shown-- records of emergency activities during the disaster, messages from all over the world, fire engines and fire fighters in the actions seen through glasses. It was intended for citizens to clearly realize the importance of disaster prevention again, by alternately and sequentially exhibiting daily firefighting activities and scenes from the disaster.

What happened there, how people acted, how people felt, and what people will do from now on--it is what this disaster prevention center should be to exhibit them. 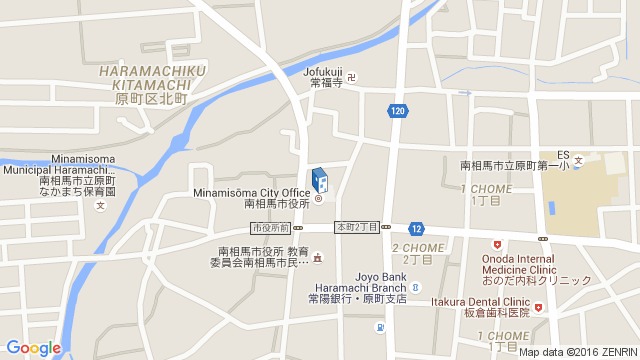 Location to be used only as a reference. It could indicate city/country but not exact address.
Share
Or
Copy
About this office
Tetsuo Kobori Architects + Nagayama Architect Office
Office
••• 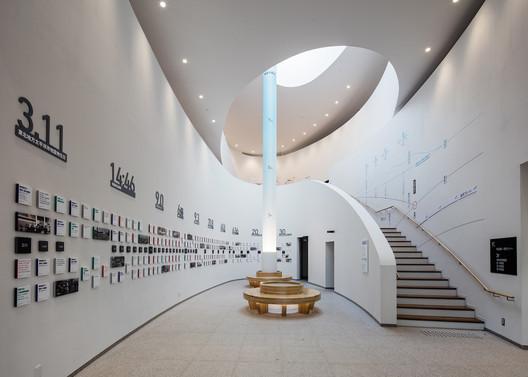