SHoP Architects has just broken ground on their first project in Mexico, a mixed-use development in Tijuana. The complex, which will be know as BAJALTA, explores new ideas about open-space and mixed-use developments, yielding a better quality of life for residents and visitors. 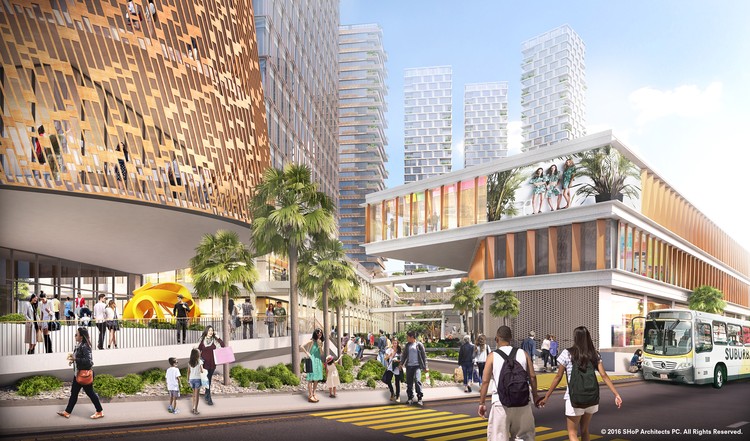 According to SHoP, "[Bajalta] aims to provide a new architectural expression," meaning that opposing functions will integrate in synthetic arrangements, such as a hotel and office hybrid, or a mixture of commercial and public functions. The most prominent feature of the development will be the Manzanita, or little block, located at the intersection of two prominent streets in Tijuana. Considered the gateway to Bajalta, it is intended to be a cultural and educational nexus of the city.

Tijuana is dramatically close to the US border and the state of California, and the design is meant to establish a dialogue between these two places, reflecting their geographic similarity and cultural diversity. SHoP describes the project as taking on "the characteristic push-and-pull of the border culture." In turn, Bajalta will not only connect with the urban fabric of the surrounding area, uniting the city as one, but it will also become a destination for outside visitors.

The overall goal of this project is to show that Tijuana is establishing a stance on high-density living that reflects a positive balance "between image and lifestyle." The development broke ground today, and does not yet have a scheduled completion date.