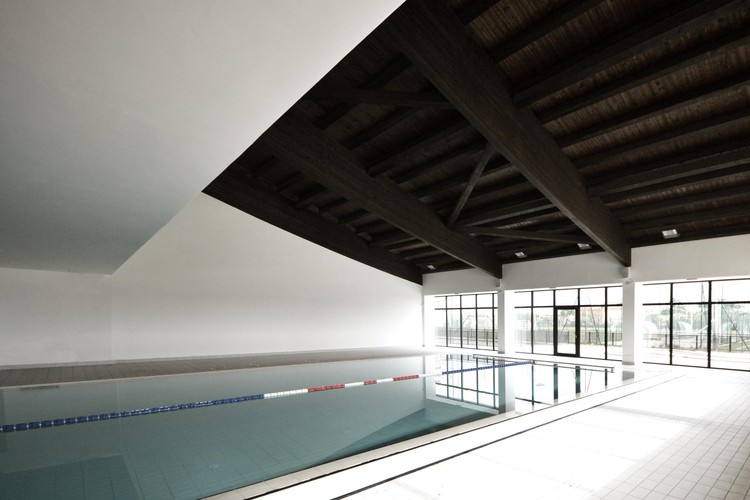 Text description provided by the architects. The "Supreme Sport Village" is a sports center located in Rome, in a suburb called Tor Sapienza, close to the eastern border of the city between Via Collatina and Via Prenestina.

The project is situated in the green spaces along Viale Giorgio Morandi and is placed in the center of the area,  therefore the architectural volume works as a filter between the parking lot and the sports fields.

The building is made up of three units: the first two blocks have a single level and a flat roof, while the main unit has a gabled roof and a double height space inside.

The first block, aligned parallel to Viale Giorgio Morandi, is detached from the other two: this detachment creates a long entry hall that directly connects the car park to the sports fields.

The reception and the circulation paths to the rest of the structure are organized inside the lobby. Stairs are placed symmetrically to the hall's axis, close to the south entrance. The two stairscases are meant to differentiate the primary circulation paths: the one in the first block is used by visitors and patrons of commercial spaces and catering, while the one in the main block is exclusively used by athletes. All locker rooms, separated into those for swimming and those for fitness activities, are located in the basement.

The first one-storey unit contains commercial spaces and a resturant; every space is accessible both from outside and from the hall. The second block, which is also single-storey, is served by a corridor, and contains guests toilets, administration offices, a space for children and a physiotherapy center. Similar to the first block, here all the functional spaces have two entrances as well. The main unit holds two swimming pools and a gym. The inner pools enjoy a direct visual communication with the outside pool.

The size of the hall is higher at the south entrance, generating a volume that works as a connection to the roof of the first block and to the double height space of the main unit. This mezzanine level contains a path reserved for guests and a fitness area, accessible from the main unit's staircase, in order to separate visitor paths from those of the athletes. All sports areas are connected by a large elevator, which can easily and safely transport a wounded athlete and bring him or her to the first aid area. 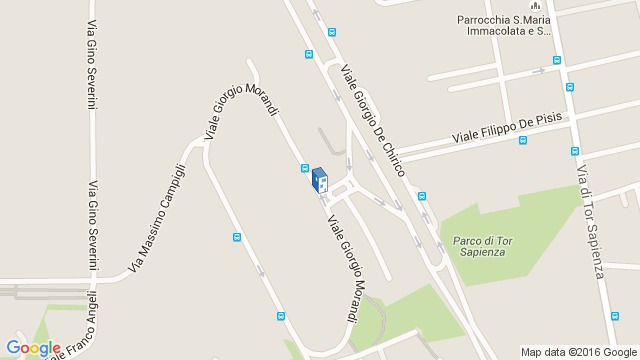 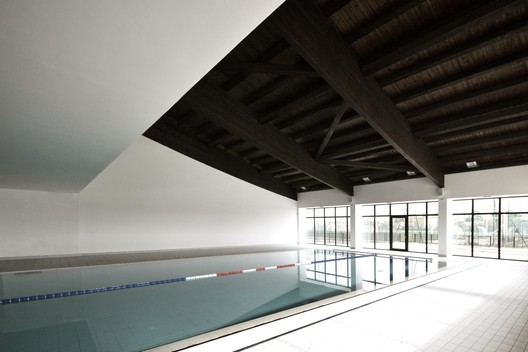