David Chipperfield Architects has made further refinements to the design for the Nobel Center in Stockholm. First revealed in October 2013, the project received harsh criticism for being an incongruous presence in the city’s historic center, which lead to a reduction in size amidst other changes in September of last year. Building on the 2015 revision, a more finalized version of the design has now been revealed in new exterior and interior renderings. 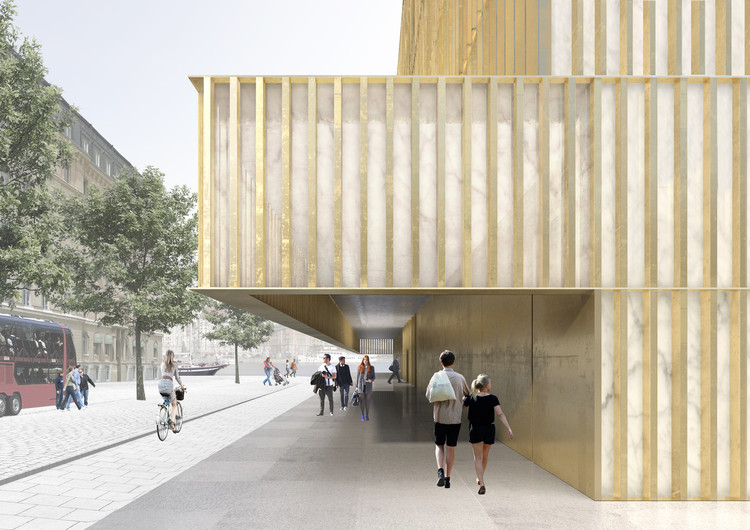 The Center’s ground floor, with an entrance hall, flexible exhibition space, café-bar, and bookshop, is open and accessible, creating a dialogue between the institution and the public, and vice-versa. The building’s mixed-functions will serve purposes related to exhibitions, education, conferences, and hospitality.

The main architectural feature of the Center is the fourth floor auditorium, which will become the hosting space for the Nobel Prize Ceremonies for Sciences, Literature and Economics, as well as hosting other conference events. The fifth floor will contain the facility’s main restaurant and bar, expanding and deepening the public reception of the building.

The structure’s facade is a series of “bronze fins” employed in varying densities. The office compares the resultant characteristic to fabric, “Like a dress, the façade...envelops the building.” A tiered design gives emphasis to the Center’s middle section, where the auditorium space is located, while also allowing for a terrace condition to be realized on the fifth floor. According to the architects, “The choice of materials for the building not only reflects the dignified noblesse of the inner city area but establishes, in a metaphorical sense, the new Nobel Center as a shining beacon of light in Stockholm, akin to the role of the Nobel Prize.”

The site of the building has not changed in the revision process, and the Nobel Center remains a “solitaire” on the Blasieholmen peninsula in the center of Stockholm, next to the Swedish National Museum. With its proximity to other institutional buildings and a south-facing public garden, the Center seeks to establish the area as an even more prominent destination for culture. The building – the first independent home for the award in its history – is slated for completion in 2019. 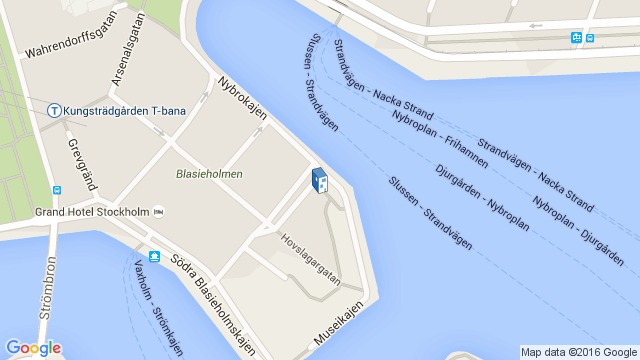 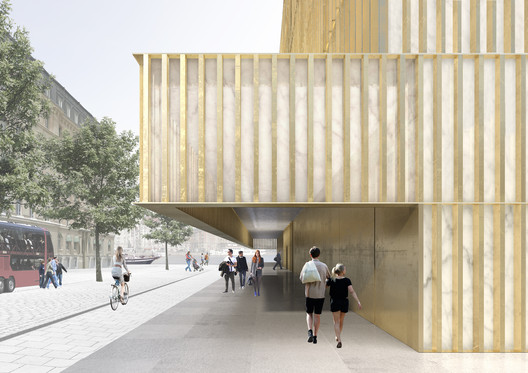