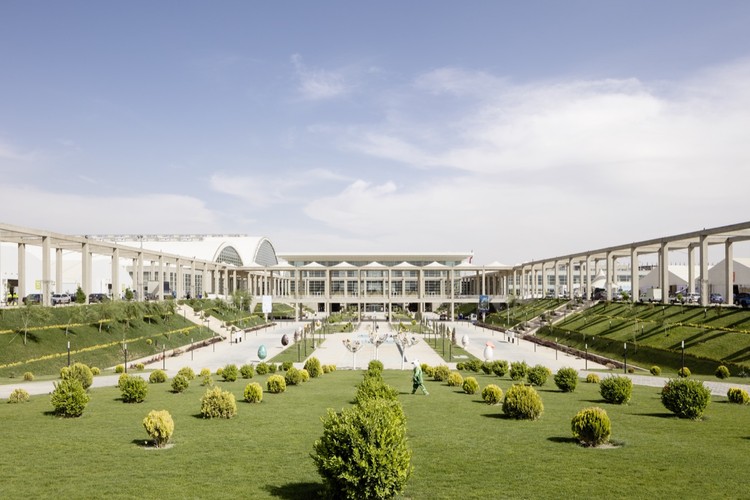 Text description provided by the architects. There is not enough space in the buildings of the first phase for the world’s second-largest book fair, with its two million visitors, which is why the building of additional large exhibition halls has been planned in the very short term. The journey is the reward – in terms of construction as well as politics. Since the start of the competition twelve years ago and the award of the contract ten years ago, the German architects of gmp from Berlin, together with their Iranian colleagues from NJP of Tehran, have shown patience during the step- by-step development of the project, and in the process have established friendly relationships.

In spite of all the financial difficulties, a 1,600 meter-long sunken landscape garden with a water course in its middle was created as a first step in midst the dusty and barren land, bordered on both sides by avenues and shade-giving colonnades in reminiscence of ancient Persian garden culture that goes back thousands of years. The center is taken up by a circular water basin with fountain, from which the exhibition grounds to the north of the axis are accessed. The first building phase includes the main hall and the largest exhibition hall, each with its own architectural character. While the tall central distribution hall has been designed with reference to the two-and-a-half thousand years of architectural history such as the hundred columned hall of the palace at Persepolis the exhibition hall features three distinct sections with impressive rhombic vaulting.

The shaded exhibition axis, which is protected from the wind and will connect all planned exhibition halls with each other, has also been laid out as a sunken, linear “Persian” garden, and is lined with colonnades. This sunken area allows circulation at two levels and therefore the separation of vehicular and pedestrian traffic. While the first section is now in use, construction on the remaining parts is making swift and visible progress the infrastructure and foundations for the future arched halls are already in place. In its completed state, with 16 halls providing 120,000m2 of exhibition area, as well as additional conference facilities, the new Tehran exhibition center with its magnificent urban landscape design will be a pilot project symbolizing the end of decades of isolation, similar to the Neue Messe exhibition center in Leipzig after German reunification. 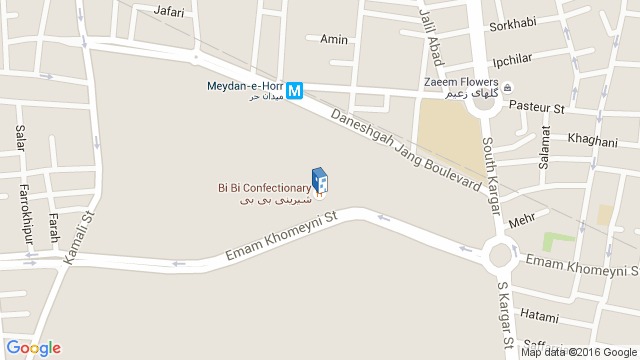 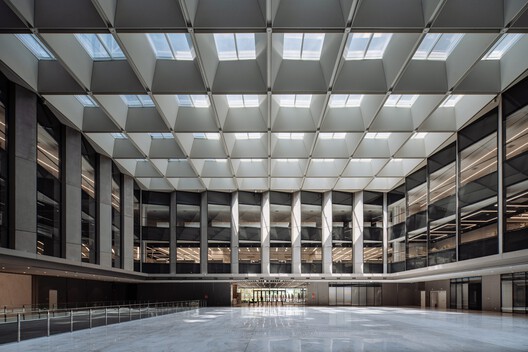