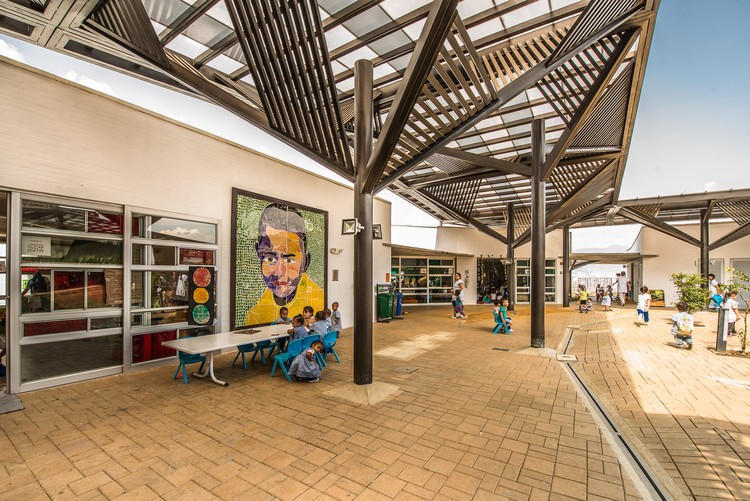 Since 2008, twenty new nurseries have been built in neighborhoods with problems of insecurity and social inequality in Medellin. This project was one of three nurseries awarded through a public architecture competition. Eighteen more have been developed by the Urban Development Corporation of Medellin EDU.

These buildings, designed as spaces for education and culture, have begun to transform life in these parts of the city. El Pinal neighborhood is located in the central eastern area of Medellín. It is characterized by informal growth, with a sloping topography that affected the urban and architectural design of the project.

2. Family and Spaces for Learning

The nursery is essentially a space to initiate processes of education and socialization. It is a place to share and learn through play and encounter, open to families as an essential component of the community.

The project is located on top of a hill, with views of the city. The building is accessed via a pedestrian path that puts visitors at the main entrance, in front of an urban square that generates an exterior urban space.

The roof over the access extends to integrate the administrative areas and teaching rooms. Upon entering, the visitor discovers the dining room and a playground, places for the integration of children with nature and the city. A succession of natural light and shadows created by the roof forms a backdrop for the encounter of children, play and life.

The teaching and interaction rooms are independent volumes integrated by the roof, which are separated from each other to generate perspectives from the playground to the city. After crossing the playground, behind the teaching rooms, is a balcony with crops that serves as a lookout over the city.

Teaching and interaction rooms are a series of volumes in which children develop recreational activities for learning. They are linked by the roof, and the separation between them allows a view of the city from the playground.

These teaching and interaction rooms are interior spaces that generate a relationship with the outside world and allow control of the children's activities inside from the playgrounds.

Given the orientation of the building, the temperature in the playground was reduced with modular roof elements that when aggregated, generate light and shadow textures. The teaching and interaction rooms cast a shadow on the playgrounds in the morning and afternoon, reinforced by wind currents from the south, with speeds up to 2.0 meters per second. The wind crossing through the separations between the teaching and interaction rooms under the shaded areas, allows a favorable exchange of temperature and relative humidity, and improves the air quality in the exterior and interior spaces.

6. A space for learning and family encounter

El Pinal nursery is a place for family and community. Given the social context of the city and its recent history, every architectural intervention should transcend its original function and enable inclusion and strengthening the family structure. An open architecture, with playgrounds and balconies, which incorporates the essence of urban and domestic space to form places for encounter. 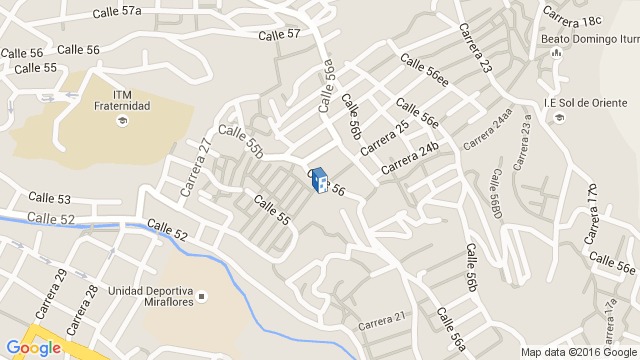 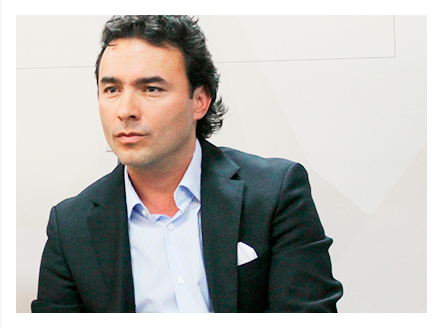 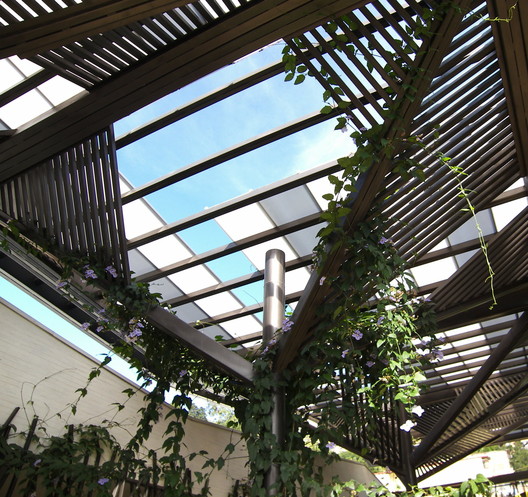 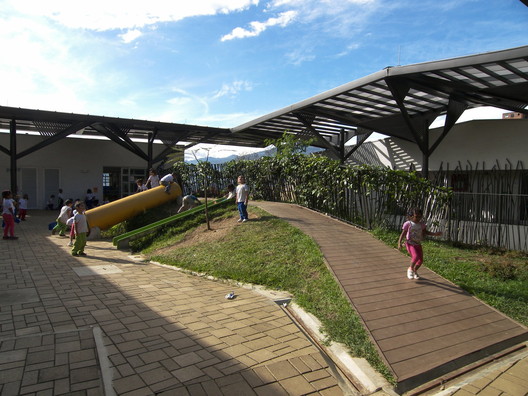