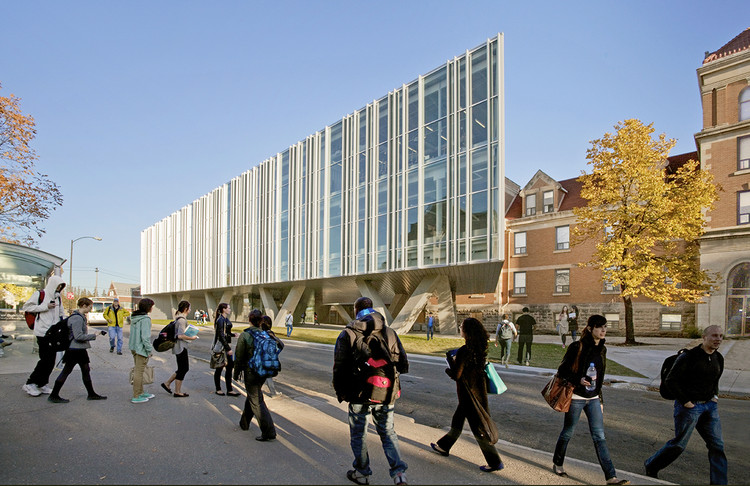 Text description provided by the architects. This project began as a renovation to Tache Hall, a 1911 student residence, for Music and Art at the University of Manitoba. When an opportunity arose for federal stimulus funding during the 2009 recession, the decision was made to develop a portion of the program separately, so it could be designed and constructed in an expedited manner to meet funding deadlines. This project, the ARTlab, became the first of a multi-phase creative arts facility.

The 6300 sqm ARTlab program consists of large spaces for the School of Art to complement small spaces within Tache Hall. Included are a national-standard gallery, lecture hall, soundstage, administration, and a variety of new and traditional media studios.

The volume of the ARTlab interlocks with that of Tache Hall, reinforcing that the two buildings are an integrated arts facility and maximizing north daylit studio spaces on the site. The extension of the north wing of the ARTlab around the corner of Tache Hall prominently places the ARTlab on the principal outdoor space on campus, Duckworth Quadrangle.

To facilitate critical urban connections to the south, the north wing of the ARTlab is raised one storey above grade. The covered area below forms the entrance to the ARTlab and a generous covered outdoor space for school and gallery events. Large V-shaped columns animate this space at an urban scale, negotiating the structural grid of the building with below-grade obstacles. The result is a lively courtyard caught between historic and contemporary buildings.

To facilitate connections above-grade, a pair of bridges link the upper levels of the ARTlab to Tache Hall. Below-grade, the ARTlab ties into the campus tunnel network, a key pedestrian circulation system during the bitterly cold Winnipeg winter months.

Within the ARTlab, a narrow atrium links upper floors to below-grade spaces. Animated by south daylight, this atrium forms a spiraling vertical circulation space for the building.

On the ground and tunnel levels are the two principal public spaces of the building, The School of Art Gallery and the Lecture Hall. Terraced seating at the base of the atrium creates a multi-level lobby that connects these two facilities together, tying them to both at-grade and below-grade campus circulation. Studios and administration are on the upper floors to take advantage of natural light.

The exterior of the ARTlab juxtaposes modern construction with the historic masonry of Tache Hall. The north elevation is fully glazed, so that the studios enjoy diffuse daylight and, at the same time, provide a visible expression of the life of the School of Art to the public spaces below. The east and south elevations are reticent, landscape walls. Aluminum grilles veil the envelope from sunlight and offer privacy from the nearby School of Business. The Virginia Creeper planted at the base of the grilles will eventually form a seasonably-variable campus-scale vertical xeriscape. 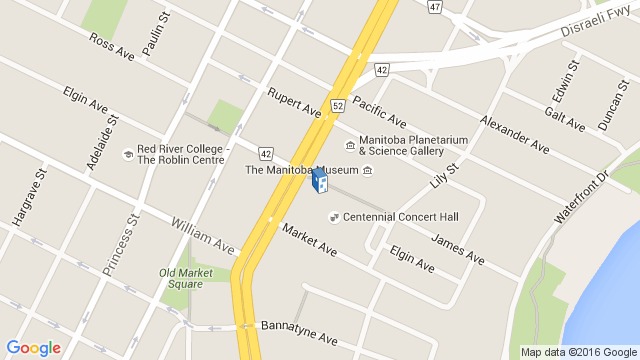 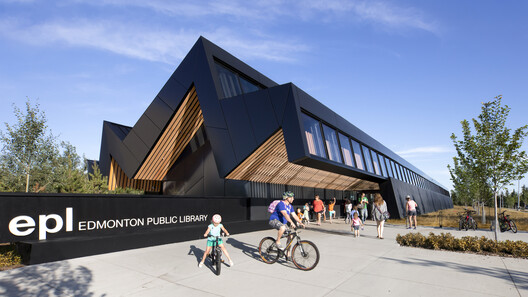 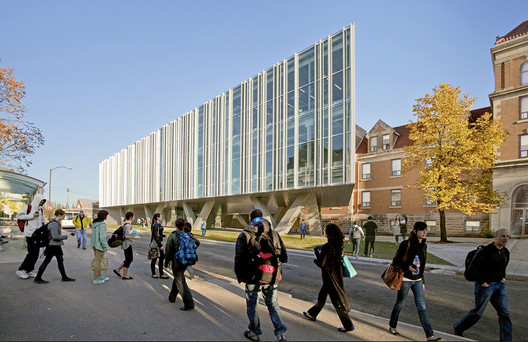