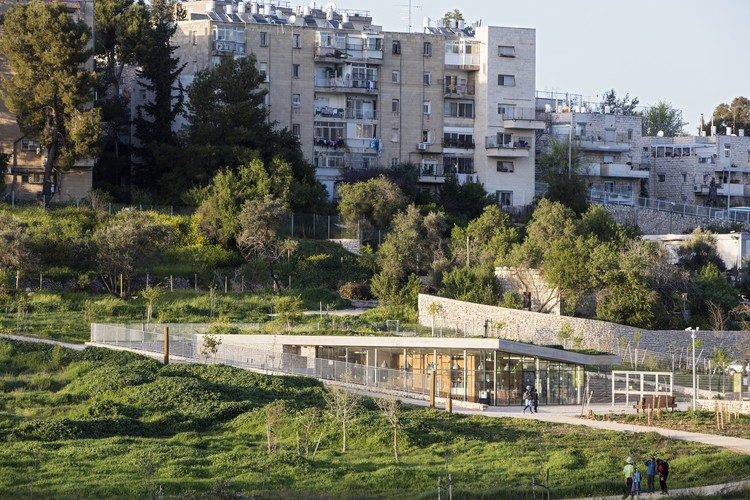 Text description provided by the architects. An open space of 260 dunams in the heart of Jerusalem, Israel, on the edge of the Givat Mordechai neighborhood, opposite the busy Pat Intersection It is named after a herd of 17 gazelles that lived in this area, bounded by urban development and major transportation routes. The population of gazelles was in danger due to this massive urban development. In the early '90s, Real estate developers have sought building rights in the area. Local activist supported by the Society for the Protection of Nature in Israel (SPNI) fought to preserve the site as a natural oasis and turn it into an urban nature park. After lengthy court battles, that ended in the activist victory, the building plans where dimissed .An alternative plan for the nature park was created by the Local activist in a unique public planning process.

The plan was presented to the municipality, who then decided to adopt the idea and turn it into an operative planning process. Our firm, alongside with a Landscape architecture firm of Rachelle Wiener Landscape & Architecture, were appointed as designers and leaders of the planning team. In January 2013, work began on the park, which is described as Israel’s first urban wild nature reserve.

The highlights of the park will be a pack of about 30 wild gazelles, which roam freely throughout the grounds in a natural setting .the design is ecology minded, trying to enhance the existing ecological system and improve it . It includes 5 natural and man-made ponds, based on the existing drainage water system that flow through the park. To accommodate visitors, the design offers a set of lookout points for observing the various natural wildlife that inhabits the park, an entrance building, parking lot and plaza, a new visitor and research center, and manmade island. 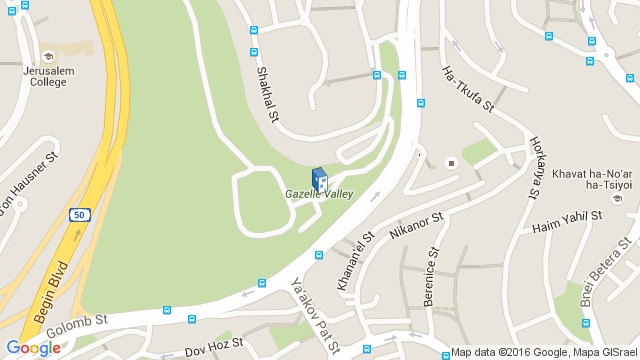