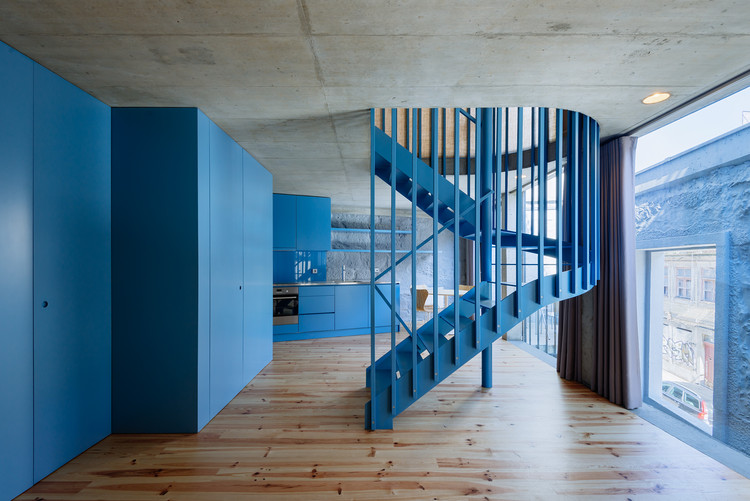 Text description provided by the architects. The two houses, which remained empty for twenty years, became known by the graffiti in one of the facade “People could leave here”. The new owner planned to build 9 apartments for rental.

As the internal structure of the building didn’t exist, we decided to take a radical action that would result suitable for its new purpose. All that remained standing of these old houses were its outer walls, now preserved and renovated.

Moreover, the project, instead of using the enclosed shape that the old facades seemed to suggest, we chose to create, inside the facades, four isolates volumes with different shapes, which make up four small towers where the apartments overlap. Each apartment is close to 50Sqm, and consists in two floors with a living room/ kitchen and a bedroom and Bathroom included.

When dissociating the four floors of the new interior facade from the two old facades, the project, allowed not destroying the scale of urban memory. The two levels of existing windows hide now four new floors, where the existing facade plays the role function of a filter between the apartments and the busy street. We tried to create a tension between a structured geometry from the existing object (old facade) and a new object of clear rules, independent, which merges with the new towers. The access to the apartments is done by an open-air gallery that leads to a common staircase in the outside.

Beside, small-scale shifts create relational diversity among the apartments, between the living spaces and the terrace and also among the inhabitants, who benefit from interacting with these areas. Altogether the apartments form a single building, an environment that creates spaces for human relationships and interactions with the city itself. 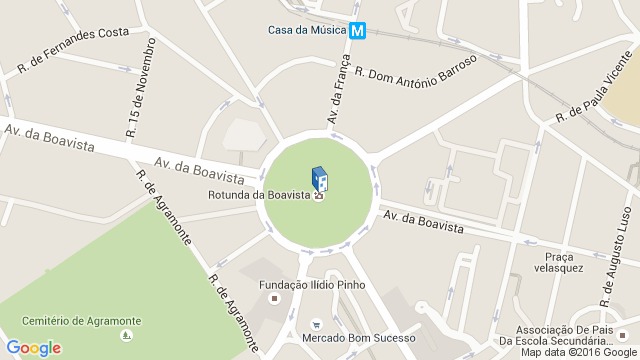