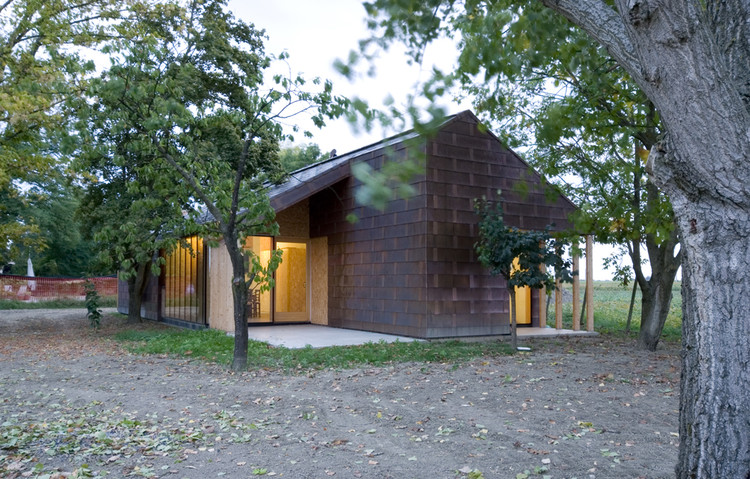 A conspicuous, even though not valuable, presence of trees

A client who balances his life between Italia and Africa, where he deals with active cooperation

This leads to the idea of interbreeding the performance characteristics and the intrinsic qualities of Western buildings with the craftiness and simplicity (and thus the cheapness) of African ones.

A self-building system is chosen, though it’s a high performance one, especially under energetic aspects.

The trees (with their shadow, and thus coolness) generate the house geometry, which remains anyway simple and Cartesian

The structural frames, made of laminated timber beams, fit their pace on the panels dimension; less waste, more saving

The glazed surfaces use the vertical beams in place of the window frames, with the help of structural silicone glue and glass clamps

The winter thermal response is optimized by a combination of a programmable fireplace with forced airflow exchanger, together with a continuous thermal insulation realized with a ventilated reflecting mattress, used in aerospace engineering (there’s anyway, in reserve, a more traditional methane boiler combined with a radiant floor heat panels system)

Project drawings look closer to IKEA instructions rather than classic working ones.

The most powerful screwdriver available is bought on e-bay. 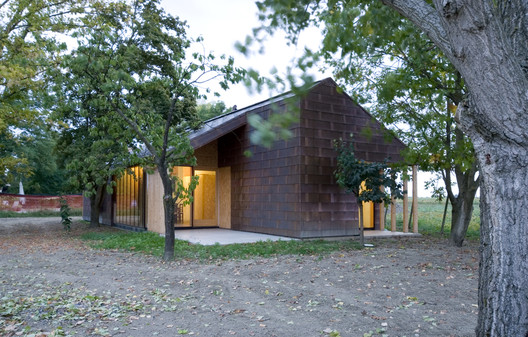