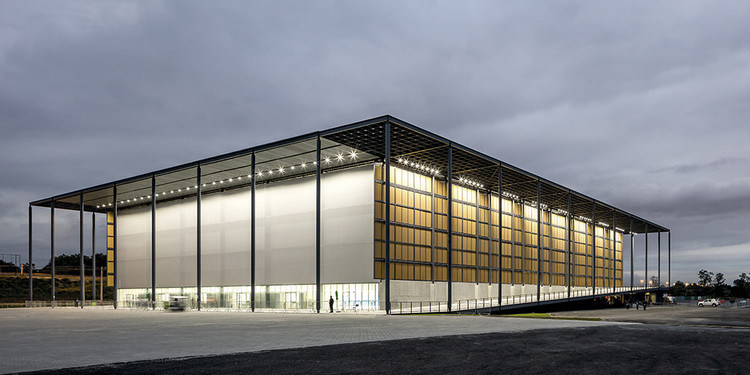 Text description provided by the architects. Along with the Radical Park, the Youth Arena will be one of the greatest 2016 RIO Legacies. Both integrate Deodoro Olympic Park, a project by the Brazilian architecture office Vigliecca & Associados. During the games, it will stage the Women’s Basketball competitions, Modern Pentathlon Fencing and Wheelchair Fencing. Once a legacy, it will be used as an education and training center for athletes.

One of the most challenging aspects of the project was to design a single space able to house the Pentathlon Fencing games area in which simultaneous matches take place and the Basketball court that requires only a fourth of this space. The games for both sports will take place six days apart - the first one is Basketball. So in order to adapt its layout to both sports and also make it useful once in legacy mode, temporary installations were created within the permanent installation.

The project uses a sports hangar as its concept, being coherently elegant with the Olympic scale and presenting a great span of 66.5 meters, able to house several sport modalities. The building was designed to operate with only natural ventilation and illumination once in legacy mode. The adjustable shading devices and screens on the facade and exhaust openings on the roof as well as large shaded areas on the facade all contribute to a lowered maintenance cost. The artificial lighting and air conditioning are demanded by the Olympic Committee but will only be used during the Olympic Games.

During the basketball competitions, the stands will be placed on all sides of the court with a seating capacity for 5.000 people. The concept of creating a bowl in which the public surrounds the players is used in sports arenas to create the atmosphere of a spectacle.

In the competition of Modern Pentathlon Fencing, which requires a larger area for its games compared to basketball, the stands will be reduced to 4.000 seats and will only occupy the sides of the court. Once a legacy, the Youth Arena will have eight sports courts and 2.000 seats only on one side.

Most part of the structure was done in steel since it was the most appropriate material to create large spans and also for being faster to build. To reduce costs, we tried to work with the smallest possible spans while attending all Olympic requirements. These spans are made possible by 7 triangular trusses of 4.30 m high all connected to a steel-structured trussed facade.

Once in legacy mode, the Youth Arena will work as an athlete training and improvement center will greatly contribute to an ongoing work that has already been taking place in Deodoro. 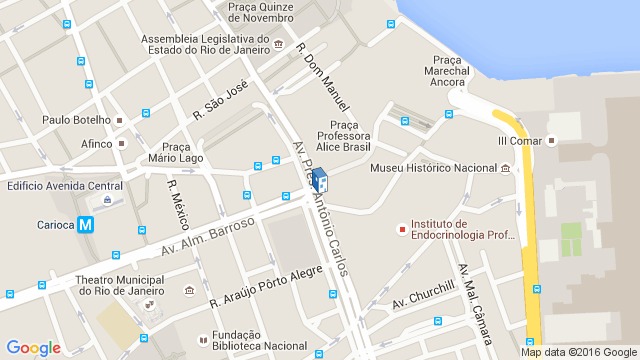 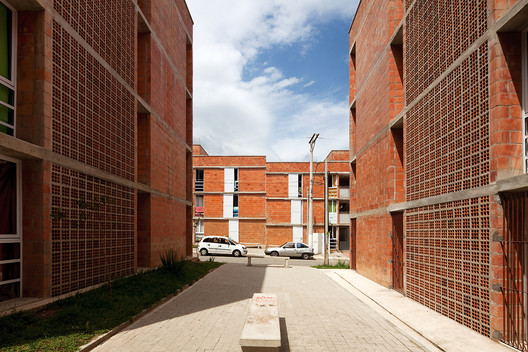