Save
2016 A’ Design Award Winners Announced
Share
Or
Copy

A’ Design Award & Competition, the world’s largest and most diffused international design awards, has announced the results of the 2015 - 2016 design competition: 1,276 winners from 88 countries in 93 different design disciplines including arts, architecture, design, engineering and innovation. Entries were carefully evaluated by an 83-person jury, composed of established scholars, prominent press members, creative design professionals and experienced entrepreneurs.

A’ Design Competition results are announced every year on April 15. Best products, projects and services worldwide that demonstrate superior design, technology and creativity are rewarded with the A' Design Award. There are five different levels of distinction: Platinum, Gold, Silver, Bronze and Iron A’ Design Awards. Designers, companies and institutions from all countries are annually called to take part in the accolades by nominating their best works, projects and products for award consideration.

The A’ Design Awards’ online gallery of winners features the top designs from the 2015 - 2016 International A’ Design Competition as well as previously awarded works from past years. Interviews with the award winning designers can also be viewed here.

Laureates are now invited to attend the glamorous gala-night and award ceremony in Italy where they will be called to the stage to collect their trophies, award certificates and yearbooks. Winners are also provided exclusive space to take part in the “best designs of the year” exhibition to showcase their works in Italy. Laureates are also entitled to receive the “A’ Design Prize.”

The A’ Design Prize is a highly coveted and comprehensive winners’ kit given to A’ Design Award & Competition medallists to help disseminate their news. In addition to the trophy, certificate and book, the A’ Design Prize includes PR and marketing services such as the translation of award winning works into dozens of languages, press release preparation and distribution, a lifetime license to use the “award winner” logo, a public relations campaign for winners and the communication of awarded works to thousands of media members.

While the 2015 - 2016 Edition is over, entries to the 2016 – 2017 competition is now open. Interested designers, artists, architects and companies can register and submit their works here, where further information regarding the design competition such as evaluation criteria, key dates, list of jury members, entry forms and presentation guidelines is also available. View a selection of some of the winners below and view all of the laureates at the designmag.org website.

Do you also want to have your designs featured and promoted internationally? If so, register for the A' Design Awards here: https://competition.adesignaward.com/registration.php 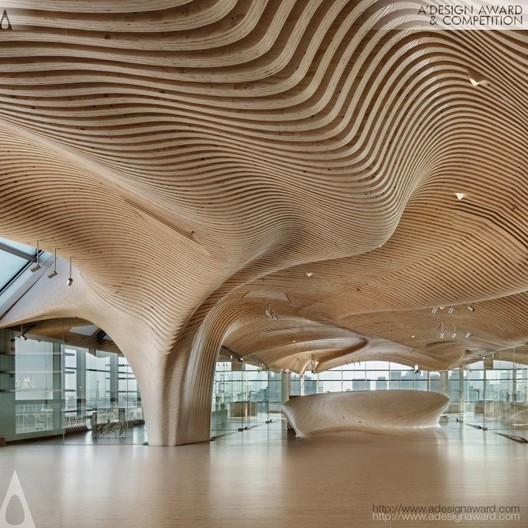