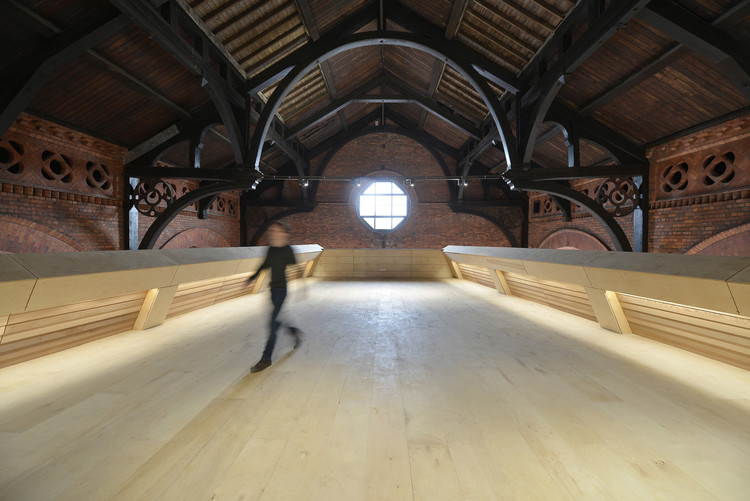 Text description provided by the architects. Ashton (Old) Baths is a Grade II* listed building and one of the first ever municipal swimming pools to be built in the UK. Built by the Victorians in 1870 its Main Pool Hall has a cathedral-like quality and its Italianate chimney is an established landmark within the town. The baths closed in the 1970s and a short time afterwards the pool was filled in to be used as a storage space. It remained empty for over 40 years and has been on English Heritage’s ‘Heritage at Risk’ register ever since. The building is such an important local landmark to the people of Ashton, before the process of redevelopment began the general public queued around the block to relive their childhood memories of the space.

The project was funded with support grants of £1m from the European Regional Development Fund, £1m from Tameside Council and £1.7m from the Heritage Lottery Fund. The unique development of a business incubation centre along its dedicated operational structure has now secured the long term future of the baths..

Together with developer PlaceFirst, MCAU developed a brief to deliver a new building within a building, which now houses one of the most innovative and inventive commercial office spaces in the country and has preserved the future of arguably the grandest example of a Victorian swimming baths. Phase 1 of the project involves the former Main Pool Hall and associated ancillary spaces. The Phase 2 Fit-Out Project is currently underway and Phase 3 will see the redevelopment of the annex portion of the building.

Phase 1 of the completed development is a new office premises aimed at creative and digital industries and offers dark fibre broadband for high performance and incubator services for new start-up companies. The listed exterior of the building has been completely restored and refurbished to preserve the Victorian heritage of the structure.

Early comparisons were made between the existing pool hall & gallery and large museum type spaces, where visitors can circulate, engaging with the existing building’s fabric as well as pieces of art / sculpture/ exhibitions.

Several cultural and physical references were considered during the concept stage such the grand architectural innovations first used by the Victorians: the Great Exhibition at the Crystal Palace and the Natural History Museum both built in the mid 1850’s.

The building’s listed status meant any strong architectural interventions dividing up the vast space would have been unsympathetic to the history of the building and the solution proposed by MCAU provides fit for purpose commercial spaces, whilst at the same time preserving the spatial quality of the former Main Pool Hall. The new self-contained, free-standing office pod provides over 650 sq m of office space over four floors, with additional meeting rooms, breakout spaces, and a new rooftop terrace.

The project is designed to enhance the historical elements whilst bringing the building back into the contemporary working environment. The dialogue between historical and modern was therefore an essential premise. Careful consideration was made to the compatibility of new materials, whilst providing a clear distinction with the existing fabric., and the pod is predominantly clad with a combination of plywood and western red cedar boards.

The building form is curved and pulls away from the internal face of the external envelope to preserve views up to the impressive roof structure, which can now be viewed in detail from the 3rd floor roof terrace. The new pod 'floats' on a floor–to-ceiling glazed ground floor maintaining immediate views through the space and reflects the original use of the Main Pool Hall. Within the first and second floor office spaces, large windows offer views of the original architectural details from heights otherwise unobtainable, whilst also framing external landmarks, such as the nearby St Peters Church, through the existing ornate external windows.

The building achieved a BREEAM 'Very Good' rating and is an exemplary showcase of strong relationships and collaborations between the client, project partners, stakeholders and the community to save and secure a working future for a formerly derelict Grade II* listed building. 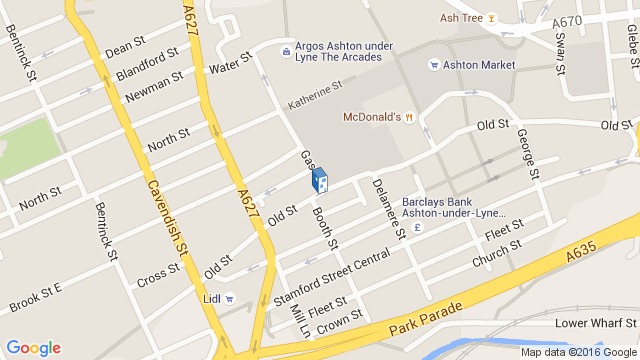 Location to be used only as a reference. It could indicate city/country but not exact address.
Share
Or
Copy
About this office
Modern City Architecture & Urbanism
Office
••• 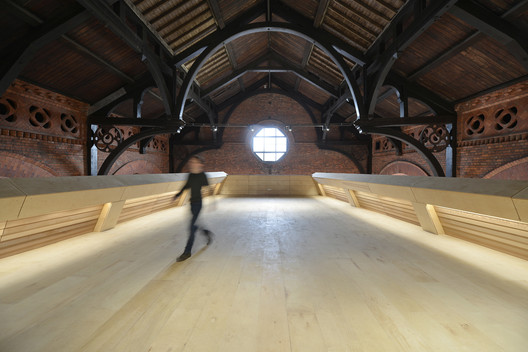