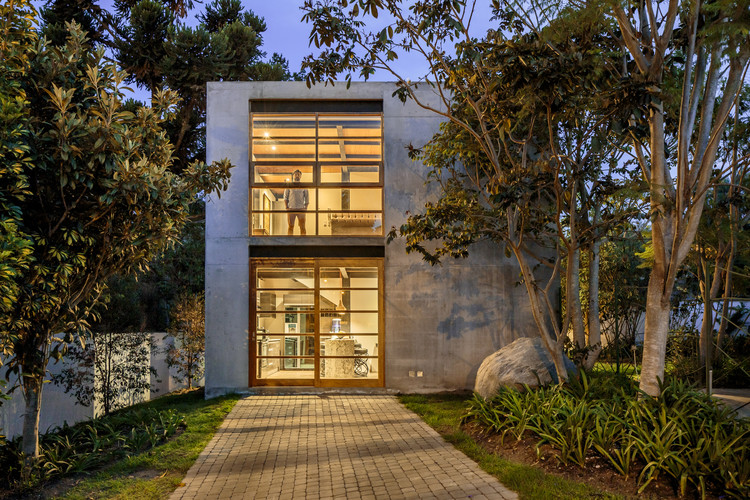 Text description provided by the architects. CUBO house is an addition to an existing house in a quiet residential area in the valley of Cumbayá in Quito. The client required an extension to the original house to include one bedroom, its services, and a small social area. The idea was always that this would be a separate element of the original building and not an extension of the house.

Both the type as well as the simplicity of the program led us to think of the project as a simple and prismatic object that reflects its typology. In essence, it is to create a neutral element that does not necessarily have to dialogue with the design of the existing house but neither to compete with it.

This simplicity of form is also coherent with a basic program for a small house.

Thus, the architectural solution to the problem is a cube of exact dimensions (x, y, z), and an almost monolithic abstraction. This abstraction is also translated into the construction of the project reflecting its simplicity through four materials that make up the entire assembly: Metal, concrete, wood and glass.

The Cube is composed of a metal "skeleton" clad on four sides, with a concrete top and bottom that can be felt both outside and inside the space. The skeleton or metal structure is expressed inside the house with all the elements exposed, and as all the vertical surfaces are gray concrete, all horizontal surfaces both in ceilings and floors are made of wood.

Finally, the privacy required by the program makes cube an almost solid and impermeable element. The openings, windows and doors are modulated and proportioned according to the rationality of the cube. 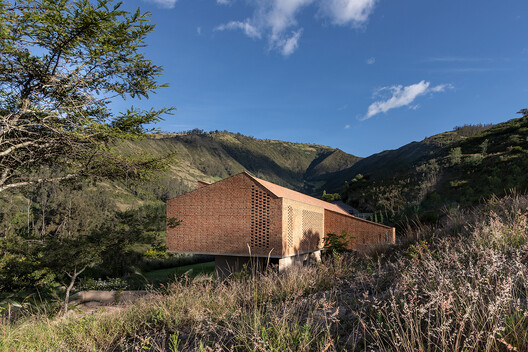