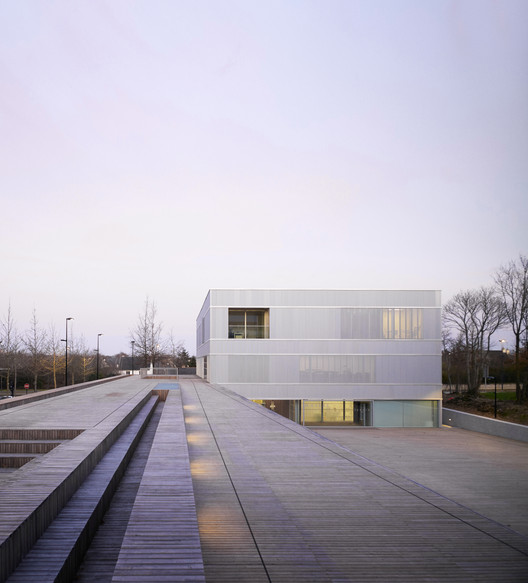 Text description provided by the architects. This project is the logical extension and contemporary version of the long architectural history of city halls. From the common houses of the Middle Ages to the birth of town halls (with the 1884 law on municipal freedoms) and up to recent times, the problem of the square is systematically tied to that of the city hall.

Despite this long history, architects have not developed a true typology, only an eclectic formulation of a certain number of elements: the square, the fountain, the city council hall which looks out onto the street via a small gallery called a “bretèche” or an “oriel,” a ground floor that leads to a large vestibule and serves as a hall, and so on.

Our proposal contains these elements. We believe that the unifying element is a sense of the contemporary, and for us, being contemporary means above all minimizing impacts, developing potential, and predicting the unforeseeable. This is why the building and the square become a single entity, and why the upper square (the roof of the PAE and CCAS) becomes a belvedere facing Blvd. Roger Dodin and rue André Malraux that leads intuitively to the marriage hall. Because of its horizontality, the building also reveals the hedge from rue André Malraux.

Lastly, when viewed from the route de Redon, it appears as a line that underlines and frames the entire complex. The future City Hall is the last element in the ZAC Morinais mixed-use area that opens out onto the city. With its two squares, it is readily identifiable from the heart of the Morinais area as it is from the route de Redon. The principle of its functionality is based on the clear visibility of its various services, the obvious location of the reception areas surrounding the naturally lit patios, and a spatial organization revolving around the central hall.

The central hall on the ground floor contains the city’s public service offices, while the access from the upper square leads to the council and marriage hall; if necessary, this upper entrance can also serve as an entrance or exit for public officials. The Council Hall, located on the 1st floor, opens widely onto the western square. Its independent access helps manage traffic flows more easily, whether for a city council meeting or a marriage. When marriages are being performed, the couple and the guests will access the hall directly form the square, just as on days of city council meetings, thereby providing at once an indoor and outdoor reception area to participants. e general administration services are located on the upper floor. e o ces are all placed around the technical core. They respect a 1.35m framework, which will allow for adaptations to changes in the bureaucracy’s organization. e Mayor’s O ce is at the very western end of this floor, and extends to the outdoors with a loggia that overlooks the city hall main square.

The façades are de ned by their two layers, each one answering different needs and complementing the other perfectly. The first is a light and delicate skin of steel, which creates a sensation of visual penetration. is layer provides protection from the sun and it covers the second, “thicker” façade, which meets the building’s thermal performance needs. Within this structure, everything is about overlap, reading a distance, transparency, counter-light, and reflection. Everything is about light and character. 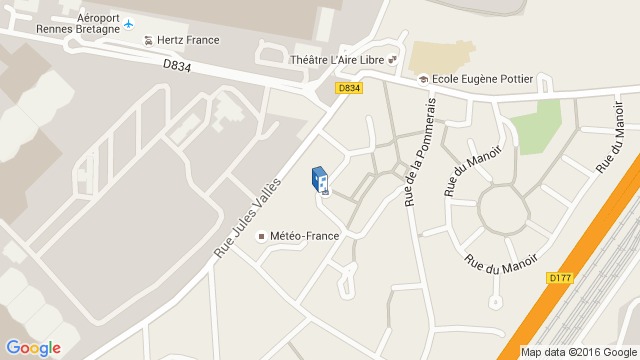