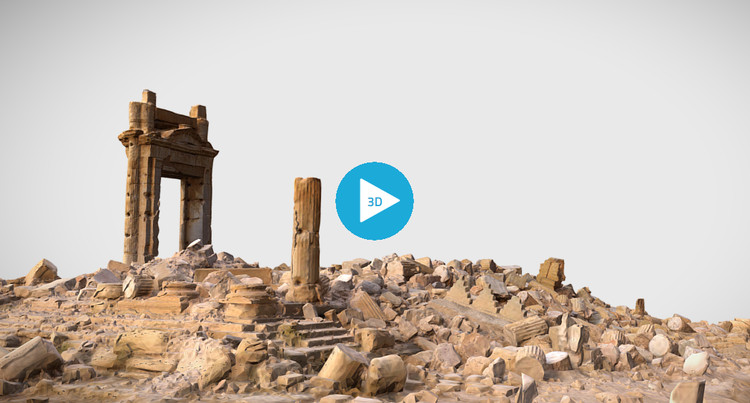 Iconem were so quick onto the scene that there was still a significant danger posed by mines that had not yet been cleared; however, by using a drone to capture the ruins, they were able to minimize this risk. With this photogrammetric survey, they have now produced a detailed 3D model of the Temple of Bel, with the other four sites to follow, which can be used by archaeologists and preservationists from around the world to propose strategies for reconstruction. In addition, a low-resolution version of the model is available for viewing by the public on Sketchfab, as shown above.

While the damage to the Temple of Bel may appear near-total, the survey by Iconem does give reason for hope: "The two temples and the arch have been demolished, but the majority of their component blocks are still present," explained Iconem’s cofounder Yves Ubelmann. "They are spread across the area, but some of them are whole and have not been destroyed."

It is hoped that with these 3D models, experts will be able to identify the pieces of these complex and priceless jigsaw puzzles to restore the site to its UNESCO-quality grandeur.

In addition to the Temple of Bel and the four other landmarks in Palmyra, Iconem and DGAM are partnering to document a number of other Syrian landmarks as part of their "Syrian Heritage" project. All of these models are being released as Sketchfab models on Iconem's website here. 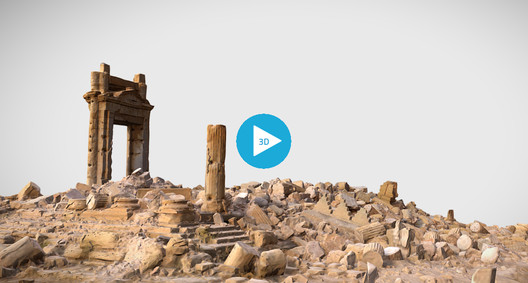