Text description provided by the architects. Situated in the increasingly crowded gated community at West Jakarta, Indonesia, the 110 sqm design architecture office “RAW architecture” occupies a 150 sqm in 375 sqm plot of land and built at the periphery and inside main house’s garage. Reflected by its name, RAW architecture office, the finishes is bare and using natural material. Size-wise it is extremely efficient, and relatively small, but its dotted exposed plywood facade combined with exposed concrete, black painted wall gives it a distinctive look yet privacy from outside the gated neighbourhood.

The office is divided by 2 main structure located at the garden and the garage of the existing house. The first structure is meeting space which made by plywood structure located at outdoor The office has one meeting room dedicated for OMAH library, which is made by plywood which housed all of the architecture books, OMAH is community based library and sometimes is used for hosting architecture talks and discussion. OMAH is made by plywood forming an arch as its geometry, This 2.4 m x 8.0 m wide span arch pavillion is made entirely from prefabricated plywood. The office was built by local craftsmen. The design was prefabricated in the workshop by creating 120 (200 mm x 400 mm x 600 mm ) boxes, and  120 leaning 3 equal trapezoid boxes for arch modulethe detail is exercised on spot by the plywood by bolt ,ring, and hand in time of 1.5 week construction.

The fabricated system is designed to be built within 2 weeks accommodating efficiency, affordability, movability as temporary structure without using many people and can be built by hand with minimum tools.  You can  see omah’s program in here www.omahlibrary.com

the second structure is working space located at the garage of the main existing house. The office space is designed based on efficiency to create intimate feeling for designers working on intense architecture projects. The working space has no receiving area, no permanent wall. A simple foyer and a big openingwith generous footwear storage- guests are to take off and store theirs there before entering-precede the lounging area. After the entrance, the  separation between technical and designer also takes some importance its final layout is the result of few adjustments based on the designer and technical's domestic habits. The only enclosed space in the first story is administration room study, which doubles as a office storage. The second story mezanine area is more private spaces to store vast material library, and some drinks for chill out time.

RAW has been arranging summer architecture fellowship program which invites 50 people per year in South East Asia to be trainee, learning skill of programming, designing space, and more is to understand the local craftsmanship available developed in the office. http://raw.co.id/summerarchitectureworkshop/
The office shows example of small home office in Jakarta tries to explore design in its space situated in very limited space in Jakarta.

RAW is like a roseto  that believe on the workshop between the craftsmen and designer for having the best solution in the design, I want to create roseto that is intimate, fun and breaking the boundary to create innovation as much as we can.”
Realrich Sjarief. 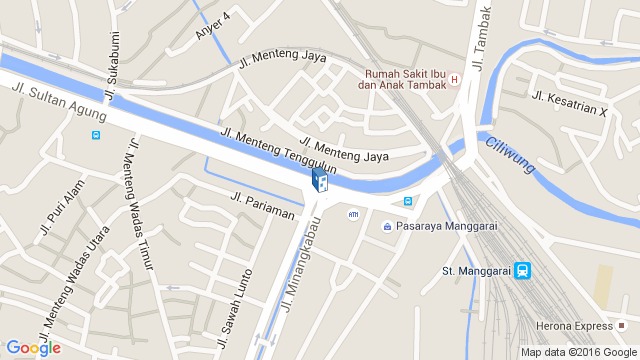 Location to be used only as a reference. It could indicate city/country but not exact address.
Share
Or
Copy
About this office
RAW Architecture
Office
••• 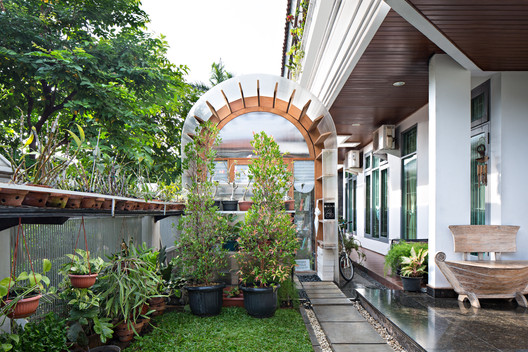