Since it opened to the public two months ago, Santiago Calatrava's World Trade Center Transportation Hub has been the subject of intense debate. Critics and the public alike have tried to answer whether the building, while undeniably unique and striking, was worth the $4 billion price tag that made it the world's most expensive train station. Key to this question's answer will be the way that the building settles into its role as a piece of the city's fabric.

With construction work still surrounding the building - both on the site itself and at the nearby skyscrapers - photographer Laurian Ghinitoiu turned his camera lens onto the station to see how it has been absorbed into the life of the city, capturing the way the structure is revealed from unexpected vantage points and showing how its users react to the sublime internal space of the "oculus." 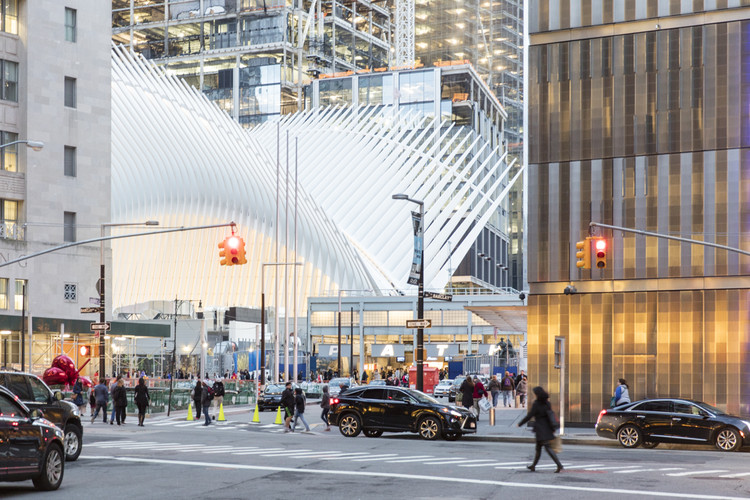 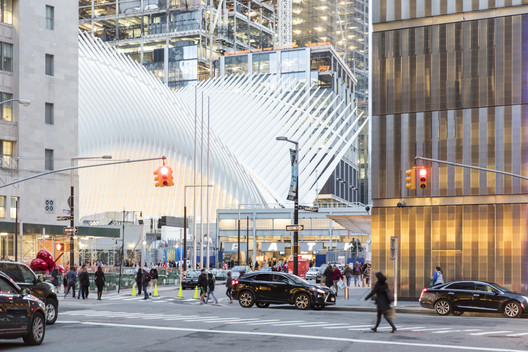