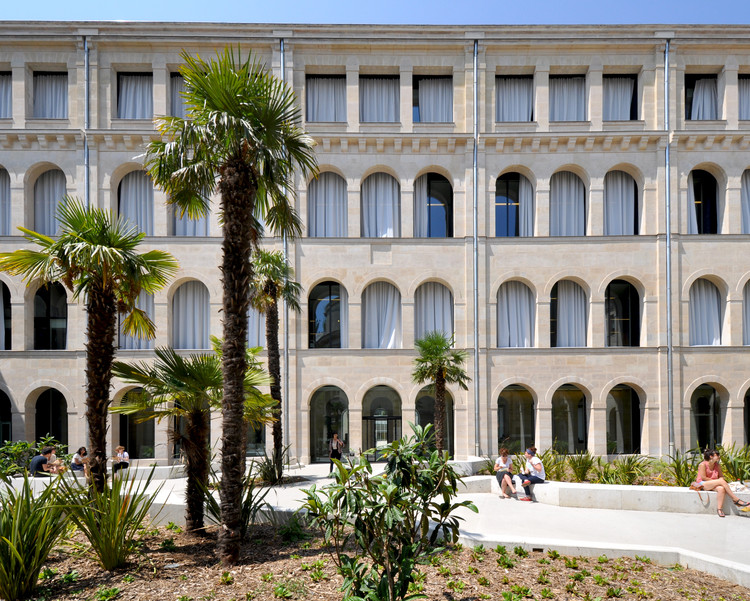 Text description provided by the architects. Officially opened on 16 and 17 May in the 10th arrondissement of Paris, the Françoise Sagan Multimedia library covers 3.500 m2 of usable surface area over one site, the Clos Saint-Lazare, which alternately housed a leprosarium, a priory and a prison before becoming a hospital which was closed in 1998. The site is hidden from view, despite being steeped in history, and is little-known, even by Parisians.

The architects, Stéphane Bigoni and Antoine Mortemard, have successfully renovated the site without being hindered by its heavy past. They preferred to draw their inspiration from the Mediterranean-style covered cloisters for the creation of one of the best-equipped multimedia libraries of the capital, which boasts more than 100.000 documents. Only the façades and two stairways from the old structure were kept and renovated. For the rest, they emptied everything and added a metal structure "with the load-bearing capacity required for such a project, i.e. between 600 and 1.200 kg/m2, whereas he former structure could only support 150 kg/m2", according to the architects.

Rounded off by an auditorium and exhibition hall, the immaculate reading rooms are sheltered behind a glazed curtain wall removed from the exposed interior of the arched openings that make up the stone façade. Here, nothing is in excess and the slightest detail is impeccably addressed. The only decorum is the curtains interspersed in the thickness of the loggias and the design of a garden planted with palm trees and featuring twisting paths. One way of highlighting the Mediterranean and even tropical feel of the site, a surprising haven of peace a stone's throw from the Gare de l'Est train station. The downside ? The plans to create a roof terrace of 700 m2 on the building offering magnificent views of Paris where ultimately shelved, despite the designer's insistence. A property potential which is once again topical, according to the architects. 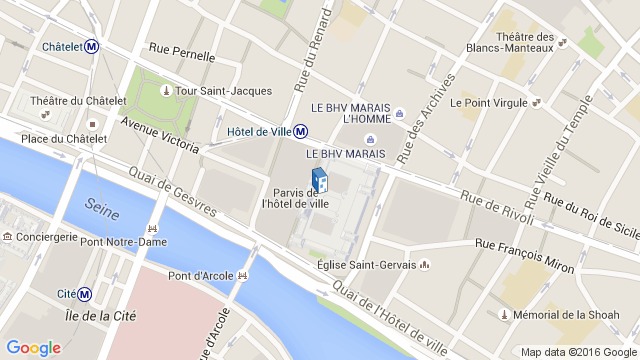 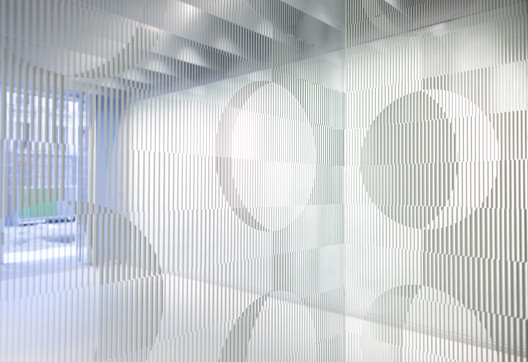 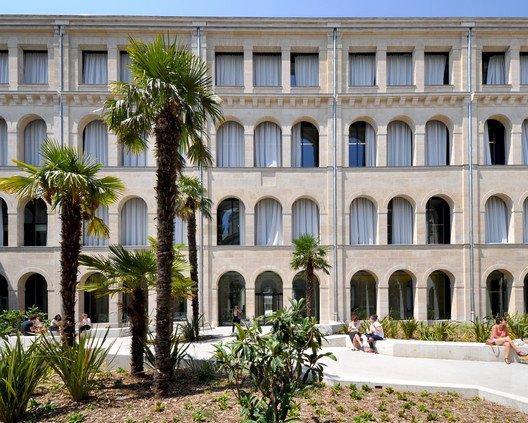