Iwan Baan has unveiled a new series of images depicting a snow-covered Harbin Opera House by MAD Architects and its surrounding landscapes. The northern Chinese city of Harbin is known for its brutal winters where temperatures can reach -22°F (-30°C). In the photographs, the Opera House's sinuous white aluminum cladding echoes the ice formed in the adjacent river. “Harbin is very cold for the most of the year,” says MAD principal and founder Ma Yansong. “I envisioned a building that would blend into the winter landscape as a white snow dune arising from the wetlands.” 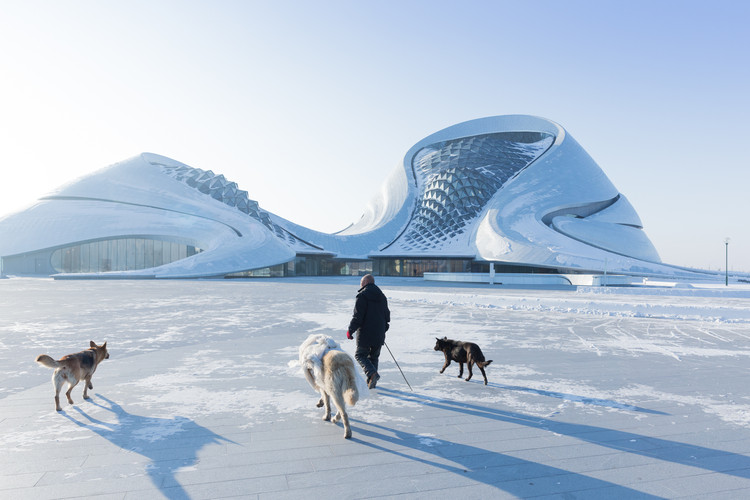 The creation of bridges to access Harbin Cultural Island, where the Opera House is located, has also opened this previously inaccessible wetland to year-round foot traffic. This enabled Baan to photograph tourists, dog walkers, and local ice fishers visiting the facility and adjacent landscape despite the extreme cold. The photographs have come out alongside a behind-the-scenes film released by NOWNESS, in which Baan explains, “I’m not trying to create timeless images that could be in any moment in time. They should always have a strong connection to a specific place, time, people, context, or culture.” 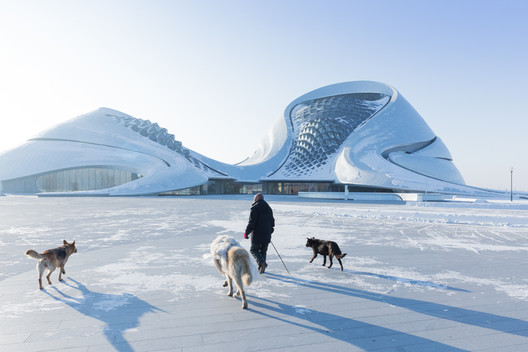