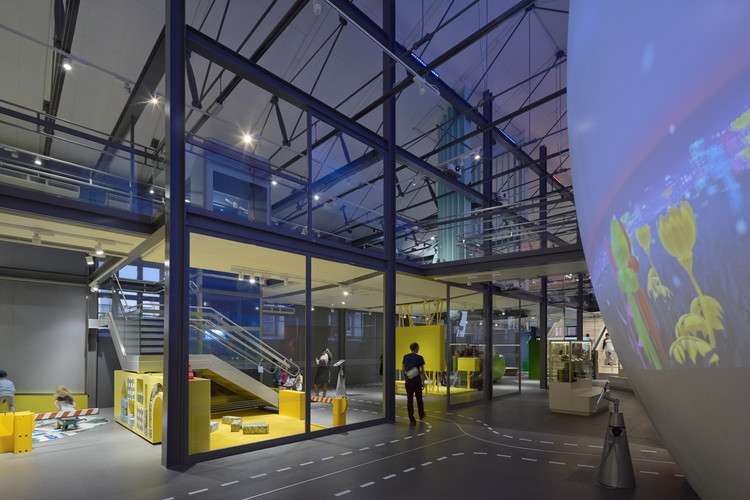 Text description provided by the architects. MegaMind – an architectural interpretation of the brain. Tekniska Museet was awarded Swedish museum of the year 2016.
Our vision for the architecture of MegaMind is based on an interpretation of our human brain. From the entrance, the visitor passes through an ear into a grid-patterned intermediate space, a communication hub where digital impulses flow and information is sent and received.

In the main hall, two imposing volumes rise ten meters up toward the ceiling – one taut and stiff, the other soft and undulating. They are connected by bridges across which people flow back and forth. The visitor is hit by a “wow” feeling and is drawn into an enticing and imaginative world that inspires a desire and a curiosity to learn, explore and create.

“Form-wise, we were inspired by the appearance and features of the brain, but as regards the content, we’ve tried to remain freer. For example, we have not divided the stations up according to the right and left hemispheres of the brain”, explains Albert France-Lanord. “Our total solution is based on desire, intuition and interactivity. We mix high-tech with low-fi experiments, bodily experiences with logistical challenges – everything to give the visitor an experience that’s as pleasurable and enriching as possible.”

MegaMind’s two spatial volumes are split across two levels and connected by stairs, corridors and a lift (with a space travel theme). Dynamism and variation are generated by larger, open surfaces interspersed with smaller enclosed rooms to create a boundary-crossing whole. A shared space between the volumes gives an overview of the entire room’s width and depth.

The two monumental, organically shaped walls that greet the visitor at the entrance to MegaMind are one of the science centre’s architectural hallmarks. These were a key part of our vision, but they proved technically challenging to implement.

“After a lot of research, we found the boat builder Thore Berntsson in Kungälv who built the walls of the element out of fibreglass. They were later transported here where they were joined together”, says Albert France-Lanord.

We have also been deeply involved as architects in the artistic content and design of MegaMind’s 43 stations.
“For the stations we chose a playful, slightly retro-futuristic expression using strong, bright colours and genuine, honest, hard-wearing materials.”

A key concept expressed in the architectural competition brief issued by the National Museum of Science and Technology for MegaMind was “accessibility” – in all senses of the word. MegaMind has been designed and meticulously conceived down to the minutest detail in order to maximise accessibility and convenience for all our visitors – both large and small, and with varying degrees of functionality. The facility has also been designed to be able to withstand heavy wear and tear from what will undoubtedly be high visitor numbers.

“It was a very exciting and interesting brief and we’ve learned an enormous amount along the way, working together with the Museum”, says France-Lanord. “We started the work by conducting a large number of interviews with different groups of people and visitors. Another difficult challenge was that the centre had to appeal to such a broad audience – children aged three to fifteen. This sociological entry into architecture has interested me a lot ever since my school days.”
“I also want to stress how successful our cooperation with the Museum has been and how close to the original vision the end result is”, he adds. “This hardly ever happens in an industry where we often have to compromise a whole lot. Here, we’ve succeeded in going all the way thanks to the strength of the Museum’s vision and their commitment.”

In the MegaMind project, we at Albert France-Lanord Architects initially worked with two external partners. Astrid Linnér, set designer and soon to become a fully qualified architect, worked as a consultant, mostly on the stations, while Alex Olwal, Ph.D. and researcher within interaction at MIT, KTH and now Google X, collaborated with us on the technical solutions at the various stations.

MegaMind is the Swedish National Museum of Science and Technology’s biggest- ever investment and one of the largest in Swedish museum history. The total budget for the project is SEK 80 million. 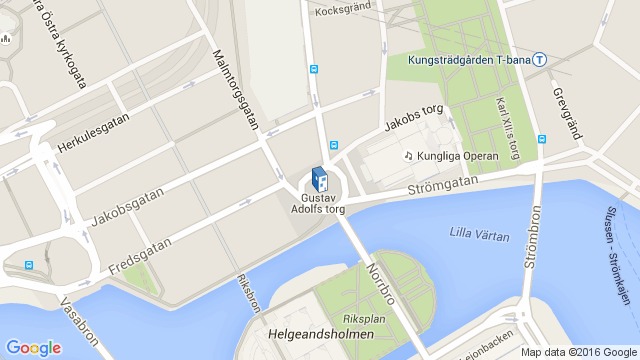 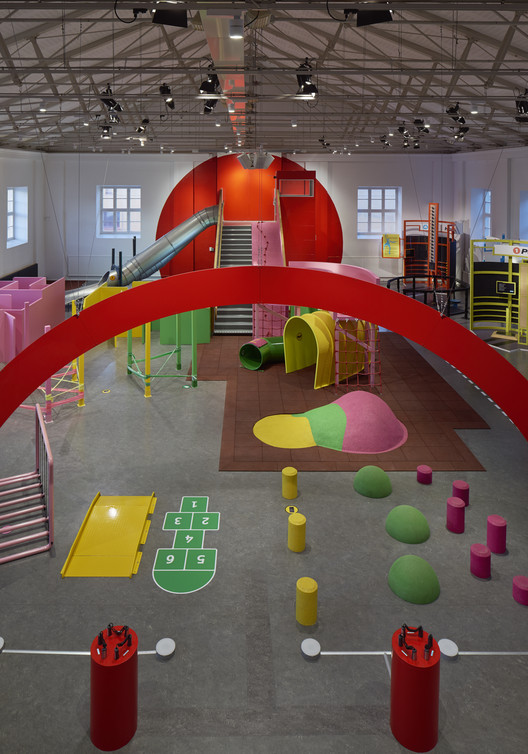 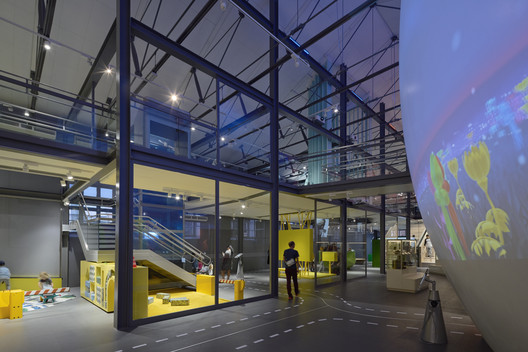