Most of the changes will occur beneath the surface, but some of the more pronounced modifications will include additional railings, new and reconfigured doorways, the removal of an exterior planter, and a new pathway along 42nd Street leading to an ADA lift. Hardscape restorations will occur in tandem with landscape upgrades by Raymond Jungles Studio. The intention is to bring the garden back to its Kiley-designed appearance, with a complete replacement of the existing, non-original plantings.

While LPC Chair Meenakshi Srinivasan praised the plans, stating “[they] supports the essence of that space,” are “very modest” and “incredibly respectful,” the public had a more mixed reception. Questions were raised by The Historic Districts Council’s Kelly Carrol over the proposed door replacements (the originals are bronze) and removal of the exterior planter. Both Carrol and Tara Kelly of the Municipal Art Society took issue with the 42nd Street facing wheelchair path, which both felt upset the relationships of the garden space to the street condition. 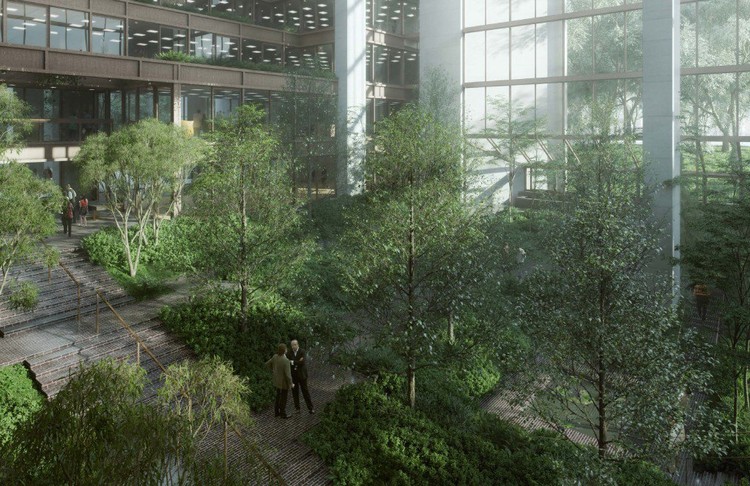 The LPC approved the changes, but asked the applicant to readdress the greenery along the proposed ADA lift path. The renovated building is expected to reopen to the public in 2018.