Save
Back to the Ignored Front: Chinese Pavilion Reveals Theme for 2016 Venice Biennale
Presented by:

The organising committee behind the Pavilion of China at the 2016 Venice Biennale (the China International Exhibition Agency) have revealed that the exhibition will be entitled Back to the Ignored Front, themed around "things and designs that embody traditions of the past and have a lasting presence." Based on the premise that Chinese architecture has been pioneering in the nation’s modernization for the last three decades the show, which will be on display in the Arsenale, intends to tackle how these "developments generally focus only on the new ‘futuristic’ frontier." 'Spectacular’ buildings and cities are, in their words, "erected one after another, seldom taking a glance at the things passed by – ancient traditions and daily lives."

They continue: "Our nation’s dignity, welfare and equality are the original reasons for modernization in the last hundred years. In China dealing with these issues is the ‘ignored front’ of modernization. Our ancient Chinese concept of Tao is an active and holistic conception of Nature. Tao can be roughly thought of as the flow of the Universe, or as some essence or pattern behind the natural world that keeps the Universe balanced and ordered."

"Daily Design follows Daily Tao. It satisfies us in our daily lives not by introducing a new future to replace the past, but by polishing the past and integrating it into our daily lives. It doesn’t intervene, instead, it mediates communities. It makes design accessible to the majority’s lives. It does not believe that architecture has a bright future on our planet, unless we act abstemiously and responsibly in the present."

"Together, we would like to share our faith in ancient Chinese wisdom with the rest of the world."

Born in 1971 in Jilin, is currently based in Zhuhai, Guangdong Province.MA Ke is one of the most influential Chinese designers, both at home and abroad. In 2008, she became the first Chinese designer to present her work in the Paris Haute Couture Week. Her designs have been exhibited in countries including France, United Kingdoms, Netherlands, United States, and Japan. Her collection WUYONG/the Earth, which debuted in Paris Fashion Week Spring/Summer 2007, received the 2008 Prince Claus Award in the Netherlands. The film featuring MA Ke and her “WUYONG /the Earth” collection, produced by Golden Lion winner director Jia Zhang-Ke, was awarded the Best Documentary Award in the 64th Venice Film Festival.

In 2006, MA Ke founded the WUYONG Design Studio in Zhuhai. Today, WUYONG has become a social enterprise, and it is committed to the inheritance and innovation of traditional Chinese handicrafts. In September 2014, “WUYONG Living Space” was inaugurated in Beijing, presenting original works which cover all basic necessities in life from the WUYONG collection. The products are designed and hand-made with natural materials, in order to draw people’s attention to a simpler and healthier lifestyle: to have a more harmonic relationship with nature, and to be more environmentally friendly and sustainable. “WUYONG Living Space” also regularly hosts non-pro t exhibition for traditional Chinese folk arts and handcrafts.Since 2013, MA Ke has been invited to produce personalised designs for China’s rst lady Peng Liyuan in high-pro le international trips.

Beijing-based People's Architecture Office was founded by He Zhe, James Shen and ZANG Feng in 2010, and consist of an international team of architects, engineers, product designers and urbanists. The studio has been honored with international awards including multiple Architizer A+ Awards and Red Dot Awards as well as the prestigious World Architecture Festival Award.

With the belief that design is for the masses, PAO aims to be conceptually ccessible and culturally pragmatic. Our work is always socially motivated. The office is a historic courtyard house in the center of Beijing and functions as a laboratory for observation, testing, and building.

Rùn Atelier was co-founded by Mr. WANG Hao and Ms. YE Man in the year of 2015, which was known as Anonymous Architects Workshop & Y.M.A studio in the past.

Based on daily aesthetics, independent thinking and architectural philosophy of mutual benefit of resident and residence, Rùn Atelier re ects on traditional culture, learns from both ancient and modern art and respects the natural law of coexistence. Rùn aesthetics is created carefully to achieve the beauty of subject and style, to return to purity and simplicity.

Born in Xi'an, China in 1970.SONG Qun is an artist, planner, as well as the founder and editor-in-chief of Local. He has been recording local culture and city memories of Xi'an from the perspective of the civil society for a long time. At the same time, he has been collecting and sorting out the related literature and material objects, as well as doing studies and practice on city development and changes. Meanwhile, he has planned and held a number of urban residential and commercial construction projects successfully. Since 1992, He has been teaching in Shaanxi Normal University at Academy of Arts.

View Unlimited LA, CUCD is led by Ms. XIE Xiaoying, the principle designer. The studio’s work is characterized by interdisciplinary cooperation that brings together the expertise and effort of planners, architects, designers, engineers, artists and social scientists.

Born in Jiangsu Province, China in 1972. ZHU Jingxiang, one of the best Chinese contemporary architects, is also believed to be a most in uential innovator on building systems. Since 2008, he invented a series of innovative light-weight systems and applied them for post-disaster reconstruction projects and sustainable development in Chinese remote provinces and Africa. He is currently the Associate professor in School of Architecture of Chinese University of Hong Kong. Lives and works in Hongkong.

Born in Anhui Province, in 1970. ZUO Jing, an independent curator, a voice and practitioner for China’s rural reconstruction, and the Editor-in-Chief of Bi Shan Mook. During the past decade, Zuo has curated a number of contemporary art exhibitions in China and overseas. In recent years, Zuo has shifted the focus of his work to rural reconstruction, including research and publication on traditional crafts, protection and revitalization of ancient architecture, as well as re-invigoration of public cultural life in rural areas. He is now working at the Rural Reform and Development Institute, Anhui University.

The exhibition has been curated by LIANG Jingyu:

Born in Jiangxi Province, China in 1969. LIANG Jingyu is the principal architect of Approach Architecture Studio in Beijing. He was rst known for his award-winning art museum and gallery projects. Impressed by the book Shelter by Lloyd Kahn, 1973, he became the translator of the book’s Chinese version (published in 2009). In 2010, he was converted to Buddhism. From 2010 to 2013, LIANG Jingyu acted as chief planner, masterminding the extraordinary urban conservation and regeneration plan for Dashilar, an ancient and historic quarter of central Beijing. At present, LIANG Jingyu is the professor of Beijing University of Civil Engineering and Architecture, design studio tutor of Tsinghua University. His areas of research include Chinese traditional dwelling culture, Gandhian economics, Asian natural farming, permaculture, and Amish life style.

Scheme: Daily Design, Daily Tao-- Back to the Ignored Front

Supporter: Ministry of Culture of the People’s Republic of China 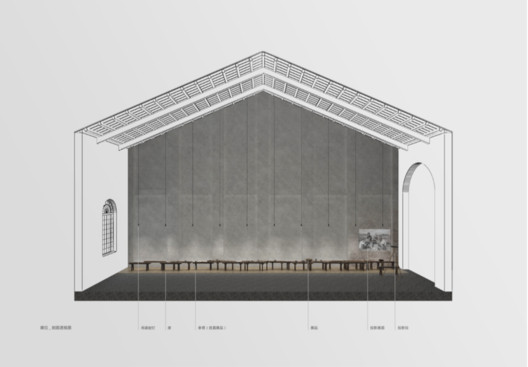