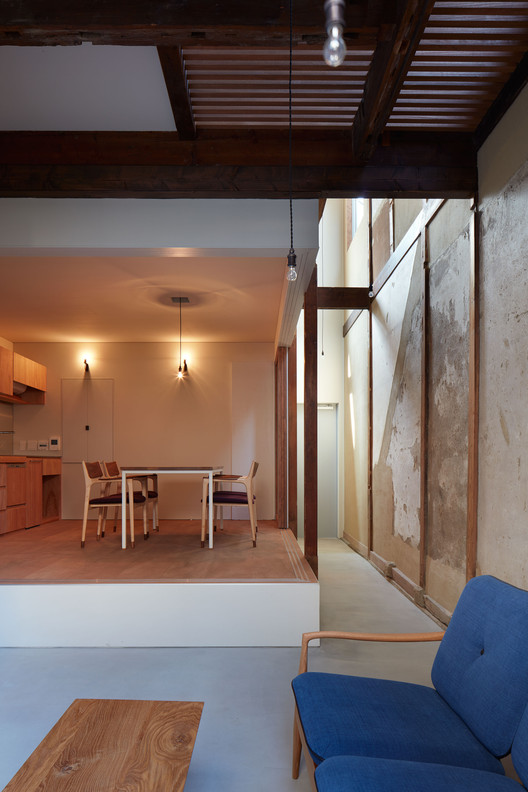 Text description provided by the architects. This is a remodelling project of a Kyomachi-ya, a traditional Kyoto house, constructed over 80 years ago.

At first, it was a Kyomachi-ya that has been painted multiple times due to refurbishments in the last 80 years. Firtstly, for returning it to the original form, the paints were scraped off. Then, to be able to provide the minimal needs for living in a house, a white box has been placed in the building. The coexistence of the newly placed white box and the historical elements of the Kyomachi-ya, as a background, emphasizes the contrast of the old and the new, and lets the memories of the building possessed with in the flow of time surrounds the space.

The beauty of the Kyomachi-ya architecture has represented in the building by the pillar which supported the building for more than 80 years, as well as the roof which has surpassed the rain and the wind with the walls that kept inside warm during the severe winter of Kyoto.

On the North side of the site a park has been located. To be able to capture the environment of the park to the interior space, the white box has placed on the South area of the site.

On the Northern facade of the building, a large opening placed towards the park for bringing the sunlight to the deeper part of the first floor which had never bright before with the reducing the area of the second floor. 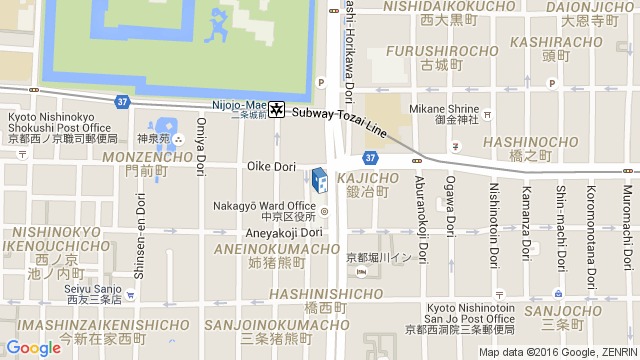 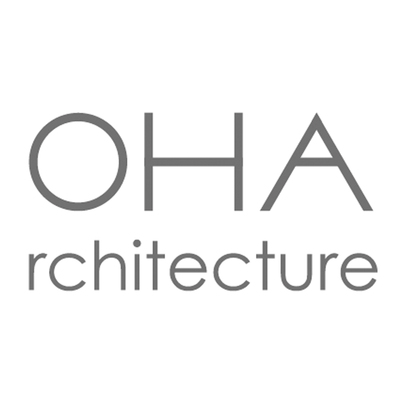