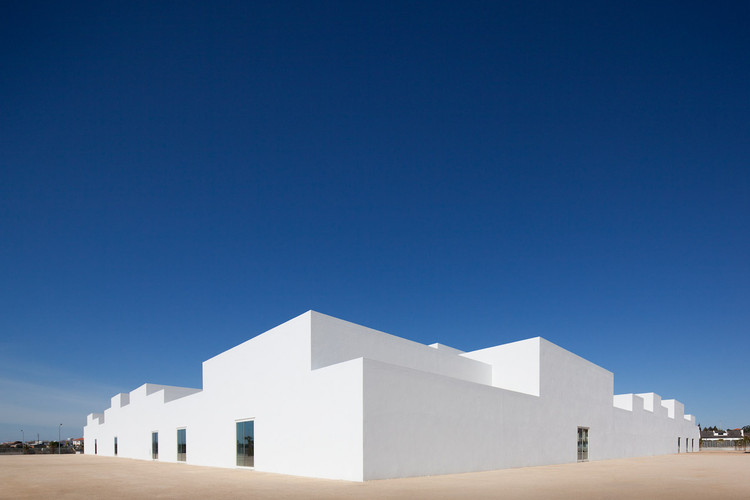 Text description provided by the architects. The universes we attend in childhood tend to linger in our memories. It's the time when we interact with architecture in a more free and genuine way. It is when we settle appropriations and intuitively hierarchize values ​​of architecture. We are interested in identifying the assets that are esteemed by all, and design the memories that will be formed.

In a not conformed territory a squared perimeter is set: autonomous and clear. The need for different functions in school is the pretext for establishing distinct spaces. Each compartment is a separate experience in terms of scale, proportion and identity. The aggregation of all volumes defines its external iconographic value. Inside, a protected interstitial space is defined, infinite by not disclosing its beginning or end, and used as a recreational venue.

It is the structure of void and occupation that mimics the principles that have always been part of urban agglomerations.

A replicable opening, suited for all purposes is chosen, and a wall and ceiling finishing is defined for all spaces. The judicious economy of these elements brings out the diversity of spaces.

The intensity of this new universe is proposed by the peaceful succession of moments. 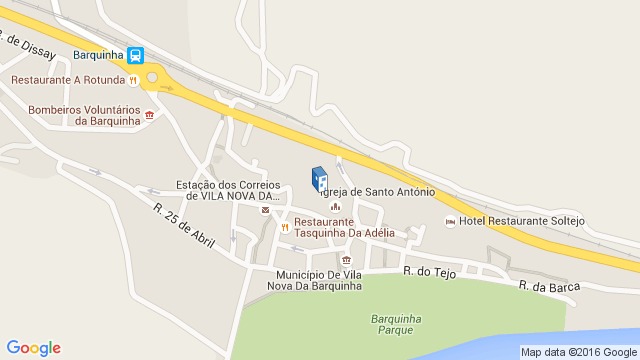 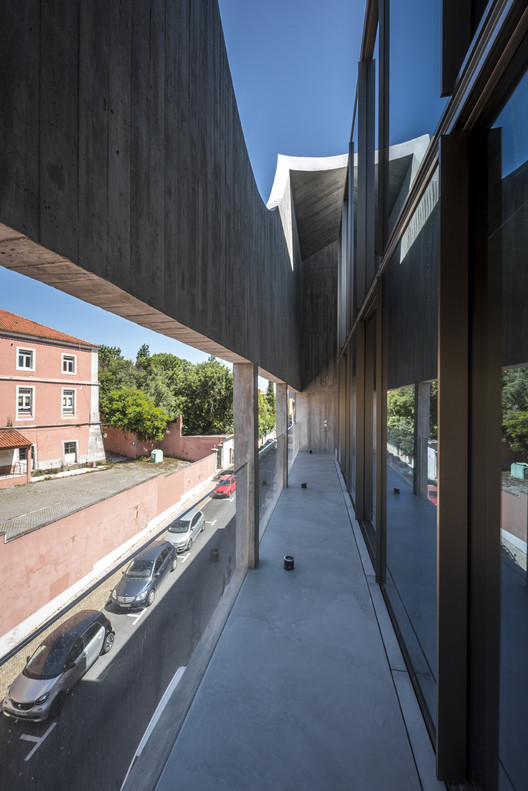 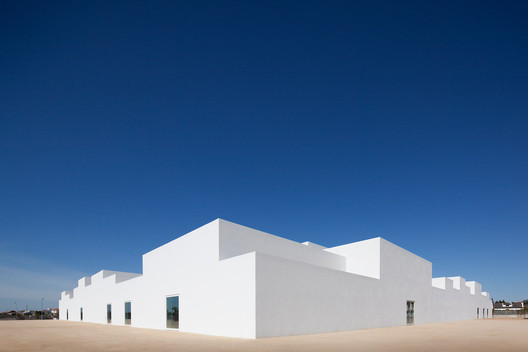