The St. Petersburg City Council has approved the schematic design for the new St. Pete Pier. First awarded in a competition in 2015, the new site was designed by a team composed of three firms: Rogers Partners Architects+Urban Designers (lead designer); ASD (executive architect); and WORKSHOP: Ken Smith Landscape Architect (landscape architect). Although the final design was updated based on city and public requests, the core programming of the original scheme was maintained.

The goal of the pier is to create an extension of the city through a variety of public spaces and new programs. The pier will contain a multitude of programs including a public fishing area, a large lawn area, an observation deck, a restaurant, and a café area, among others.

Some of the existing pier areas such as the retail front and bait shop will remain. The new pier will serve as a central hub of activity for both visiting tourists and the local community.

Construction is scheduled to begin as early as October. 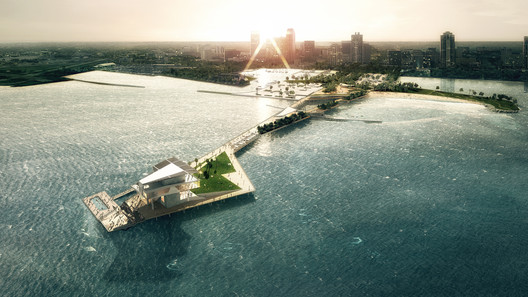