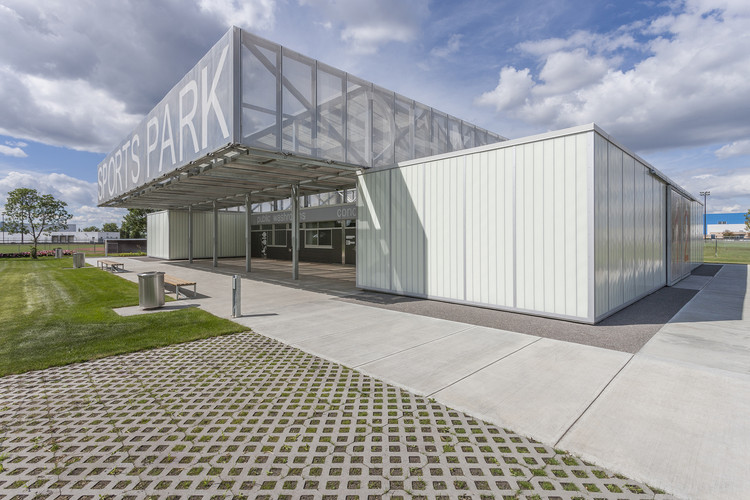 Text description provided by the architects. Situated in a suburban warehouse district in Edmonton, Alberta, the John Fry Sports Park is largely dedicated to hosting baseball games and tournaments throughout the Spring, Summer and Autumn months. At times, the site accommodates up to 5000 spectators.

Over the past 28 years, the John Fry Sports Park has hosted a variety of world class baseball tournaments, with only portable trailers to support the needs of players and spectators.

In 2011, the City of Edmonton secured funding for a pavilion to support the increasing popularity and intensive use of the park by various baseball associations. The design team was given the task of designing a pavilion consisting of change rooms, washrooms and a concession to serve the City’s needs for the next 30 years.

The architectural challenge was to create a highly legible sense of place with an extremely constrained budget, and re-define the conventional change room typology to celebrate the playfulness of sport.

By placing the change rooms on the perimeter of the building and skinning its volume with insulated translucent panels, the design bathes the change room spaces in abundant natural light while allowing the building to serve as a way-finding beacon in the landscape after dark. Because it serves as a pre-finished building envelope system, the cladding eliminates the need for costly interior finishing materials. This same approach informs the rest of the pavilion, where structural, mechanical, and electrical elements are fully expressed.

The use of gregarious kinetic elements – including large scale doors that pivot open to define communal gathering spaces – imbues the project with an element of athleticism that is synergistic with its program, while the omnidirectional nature of the plan refutes the ‘front façade/rear façade’ model and instead offers a building that is equally legible and accessible from all sides. 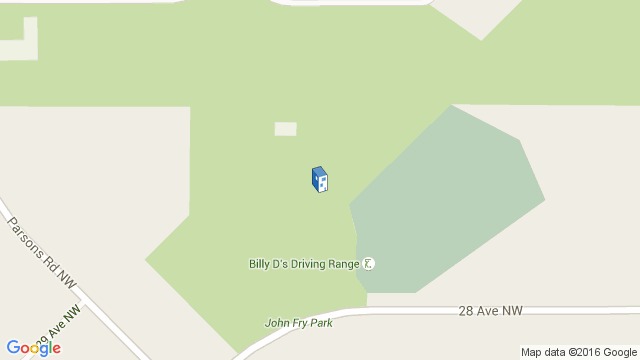