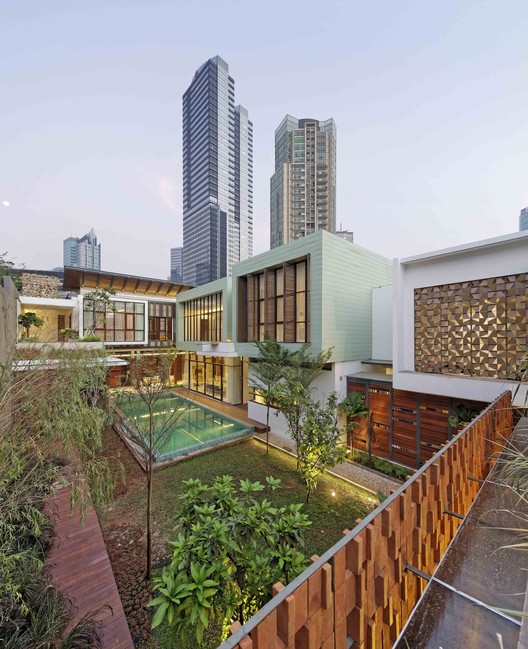 The concept of "pendopo" (pavillion in a traditional Javanese house) applied to most of the space inside the residence. The minimum of solid boundary between exterior and interior space make this residence blend in with the natural surroundings. Mass orientation of the building directs to the innercourtyard , with openings doors and large windows to maximize natural light and air into the house.

Some existing trees was preserved and moved from its position which combined with new landscape form of green space on the outside and inside of the building. The placement of building mass that oriented to inside & outside create a green spaces that blends with the inside house, without reducing privacy of the householder.

The Placement of spaces and the shape of the roof adapt to enviromental conditions, such as sun orientation, wind direction, view of each the room, and the surrounding buildings to form a mass unity with the environment.

This two storey residence looks very comtemporary and modern. But, if we explore it further, all these modern element comes from the values of Indonesia's locality. The use of some local material that also handcrafted by local people combined with modern material and also various elements of traditional cultures and  textures on the facade create a rich harmony in design.

The combination of local and modern elements also presented in the interior of the house. The application of 'kawung' pattern as traditional element combined with a simple and modern design create an new experience for the residents.

Modular metal panels and Alumunium composite panels used as secondary skin to reduce the heat that goes into the building , so its save the used of air conditioning. The amount of open space, large openings that maximize cross ventilation, and the use of local materials make this residential are environmentally friendly and in line with the concept of sustainability. 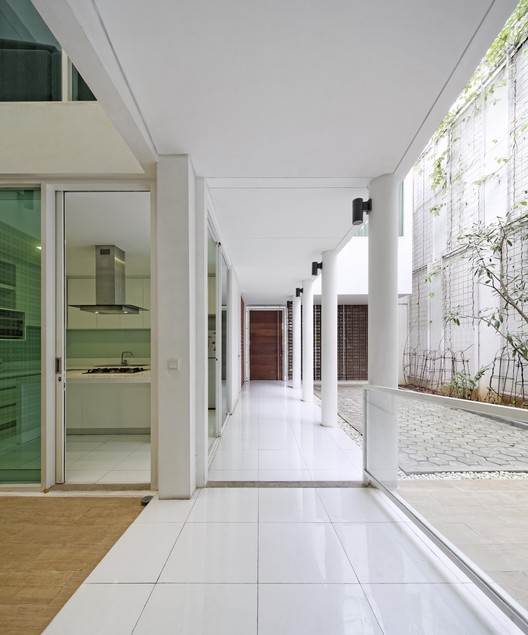