"The long-term opportunities for the North-South Axis and Stitch design concepts offer an extension of all of the program elements delivered in the short-term, plus additional long-term program elements, inclusive of an anchor tenant and the related supporting site and infrastructure enhancements."

OMA New York’s partner-in-charge, Jason Long added, “Our goal for both design concepts is to reconnect the Campus to existing neighborhoods to the north and south, to bring the District closer to the Anacostia waterfront and to transform the site from a space designed for watching sports, dominated by asphalt, into a new gateway to DC that elevates public health with diverse recreational programming. Both concepts provide a strategy for revitalizing the Campus’ identity from passive space to active place and transform its urban character from pavement to park.” 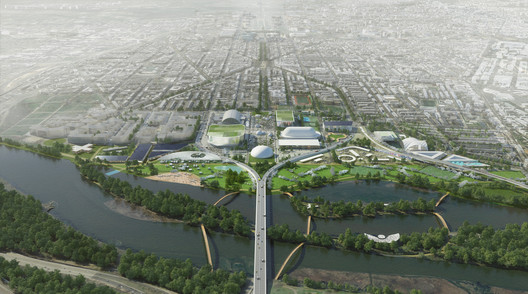