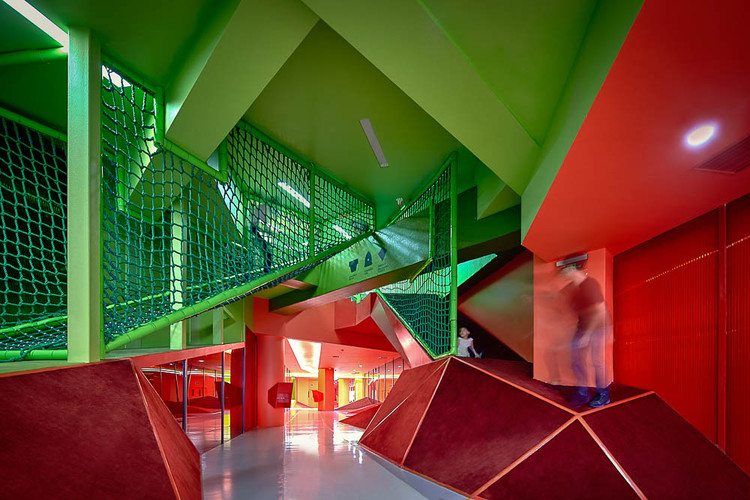 Text description provided by the architects. Since 2002, the overpopulated city of Zhengzhou has been developing its new financial center, Zhengdong New Area, within China’s Central Plains Economic Region. The area, once dubbed by international media as one of China’s largest “ghost districts”, is where Crossboundaries’ latest completed project - Soyoo Joyful Growth Center, is situated. The building is part of a triumvirate of desolate round buildings, never used since it was built as a business center 10 years ago.

More Than a Building to Design, but a Vision to Lead

Practicing architecture in China is never just about the building. The practitioners can, if they are willing, be the architect's second definition in the Oxford Dictionary: A person who is responsible for inventing or realizing a particular idea or project. At the beginning of Soyoo's commission, a vision was put forward to "make a difference in Chinese education". The conversation between Soyoo and Crossboundaries became a living brief defining what difference to make, starting from its pedagogic philosophy.

Through extensive research on education conducted by Crossboundaries, Soyoo embraced a holistic approach to education. It does not limit intellectual development through academic instruction. Instead, it actively cultivates each child’s distinct character and interest, as well as develops its healthy relationship with the people and knowledge of the world.

The response Crossboundaries provided is a program based on role-playing. Children are free to explore what they should learn in order to become whoever they want to be on a particular day. Amidst the rising trend of learning through play, this novel and holistic program positions Soyoo as the leader in the booming market for children’s recreational facilities. While regulations for conventional educational facilities were well in place both internationally and in China, placing this program in a large existing structure required a new spatial typology.

From several entrances, children enter Soyoo into an open lobby on the ground floor with play frames and children’s retail stores. At the center of it, light shines through the sky light, eyes could be led through the fan-shaped swimming pool area.

The main program on the second floor, consists of spaces for reading, art, music, dance, geography, etc. They flow from one space to the next without barriers, suggesting knowledge is, rather than segmented, interconnected. This open plan layout encourages interaction between children and allows them to experience different subjects in a broader context. This program of the building extends to the third and fourth floor’s outside space. On the third floor are more learning areas, a planetarium and a green house, as well as a Soyoo operated Kindergarten. While the fourth floor, the roof, provides a running track and playgrounds.

In addition to the existing vertical circulation within the building, Crossboundaries provides children with additional pathways. Five tubes of different colors cut through the building in different angles, deliberately breaking the rigidness of the floor plates. Similar to a subway system, these tubes intersect and lead children to different parts of the building.

A child begins in a color tube, allowing its interest to guide it through various fields of knowledge and explore their interconnections. The experience is never the same for any one child, depending on each visit, opening up a multitude of journeys in Soyoo, as well as in a universe of knowledge and social interactions. The spatial solution for Soyoo resonates international advisor Sir Ken Robinson’s philosophy on education. That it should be personalized and children should be exposed to an environment where they appreciate learning and discover passions.

A Vital Contribution to the Residential Neighborhood

Required by the municipality, a percentage of the building's original facade had to remain visible, to preserve its affinity to the other two buildings in the development. However, the original cladding of stone and aluminum did not reflect the building's new function as a children facility. Its horizontality and large facade area added as much heaviness from outside as dullness inside.

These challenges resulted in Crossboundaries' innovative yet effective solution – lightweight ropes spanning from the existing roof to the ground. Installed diagonally and of double layering, they diminish the original building's rigidness and add richness without blocking any light. To provide ease for orientation, the ropes’ color follows the same color palette as indoor – a color wheel. People weave around between the old facade and new ropes facade, touching them as they vibrate with the wind.

A large public space opens up to the road intersection, easily accessible from all sides of the site. Benches and planting are offered to provide a pleasant environment beyond the building. This plaza isn't just given to children to play but also to the city dwellers, as a place to relax and gather.

Soyoo invigorates the numerous peripheral residential compounds built over the years. Its intriguing educational program and public space attracts a flow of people and businesses, neighboring retail spaces opening soon after construction began. The building as a whole creates coherence and connections within the community, adding vitality to a long disengaged residential neighborhood. 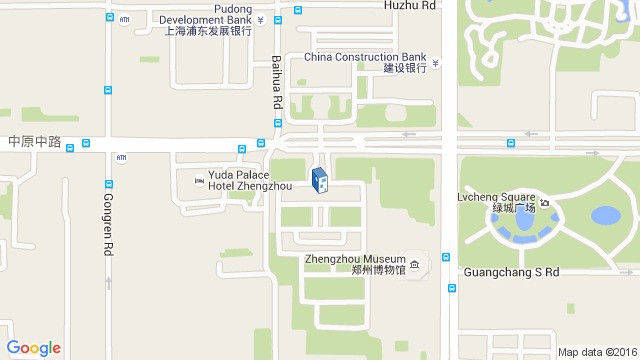 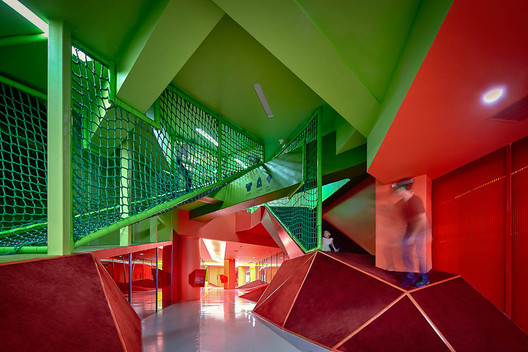