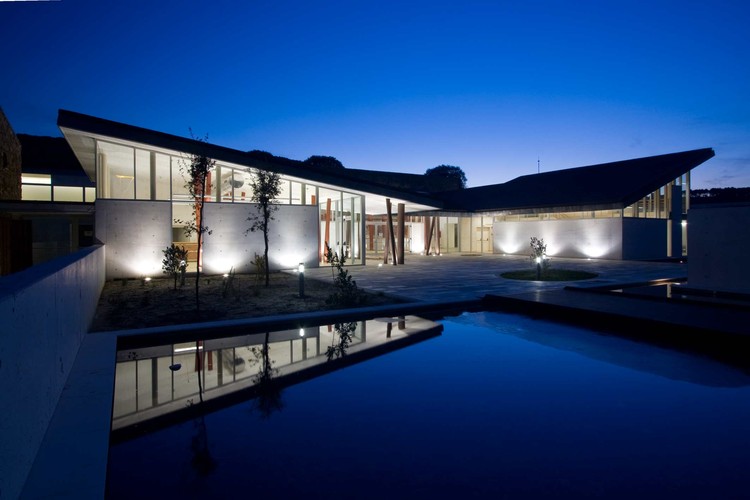 Text description provided by the architects. The Cabañeros National Park Visitors Center and Interactive Museum is a public architectonic intervention whose main objective is to promote ecotourism in the populations that forms the environment of the park, through information, exhibition, research and care of the main values of this natural space.

One of the main features of this Center is that architecture and museum exhibition are designed at a time from the beginning and by the same team, so that complement and content express the same idea. Both try to show the unique biodiversity that exists in Cabañeros. It is told in a rigorously scientific manner and in a divulgative way at the same time. It is a complement of the National Park, a gateway to knowledge and enjoyment for visitors.

The main idea of implementation of the different volumes is resolved by a gradient of the process of humanization of landscape, from the access road to the Sierra del Gavilán on the horizon.

The design of structural and construction elements used are inspired by the forms of nature.

Volumes in the foreground represents the most humanized environment so that has been used load-bearing walls with white reinforced concrete, interpreting the typology of the traditional built environment, with a serie of white volumes linked by courtyards (patio-corral) forming a succession of full and empty spaces.

The hall, the library and the cafeteria, form the entrance courtyard facade of the main building. Here the concrete walls are crowned with perimeter windows that make the slab of the sloping roof to "float" suggesting the shape of a bird of prey that is supported by isolated groups of inclined columns, inspired by the small woods of evergreen oaks that are scattered in grasslands (rañas) of the Park.

In the third level, the walls protruding from the half buried space containing the exposition, are covered with local stone. They look like a crag over the mountains. Its roof is flat and landscaped with native plants. During construction, special attention was taken not to damage the nearby vegetation, so the evergreen oaks close to the cover contribute to hide the architectural intervention blending it into the landscape

The last plane its conformed by olive groves, scrub bush and the imposing Sierra del Gavilan in the background, now in the National Park, frequently overflown by pairs of black vultures and other birds of prey.

The design gives priority to the protection of the building from solar radiation to avoid spending on air conditioning during the hot months, which is the element of increased consumption. The architectural measures of passive design, such as volumetric fractionation uses, orientation of buildings, subterranean land use as thermal insulation and the incorporation of natural light graduated in the exhibition, along with the use of electric heat pumps, are the measures which contribute to achieve high energy efficiency of the building without emitting polluting gases into the atmosphere.

Park biodiversity is shown in a direct way, without author interpretations, using scientific knowledge, ethology (animal behavior) and biogeographic (species distribution in the territory) of a deep and rigorous manner. It has been used technology of digital photo reproduction, representing all the wildlife park in photomontages scale 1:1, forming scenes of specific moments of nature in Cabañeros (seasons, equinoxes and solstices), illuminated with natural light overhead. These scenes inform the visitor "when", "where" and "why" the major events of nature occur in the park, so that later is more likely to observe in the natural environment.

Permanent exhibition is resolved in the main building and shows the most significant values of the Park:

-       Biogeographic values: distribution of species of wildlife and vegetation in relation to time and space, developed in the "Hall of Seasons".
I

Room Introduction: The formation of the seasons

Spring in the grasslands
Summer Solstice: Storks
Summer in the Raña
Autumn Equinox: The rutting deer
Autumn in the mountain, the forest and the river
Winter Solstice: owls and bats
Winter in the water and mountains.

Autumn in the mountain, the forest and the river
Winter Solstice: owls and bats

Winter in the water and mountains.

-       Landscape values: interpretation of landscape evolution, developed in the "Biorama Room" by an audiovisual multiscreen that explains the formation of the landscape seen from a large window inside the room.

-       Ethnographical values: traditional production systems of the evergreen oak and the cork oak, developed in the "Quintería" by audiovisual and interactive ways. 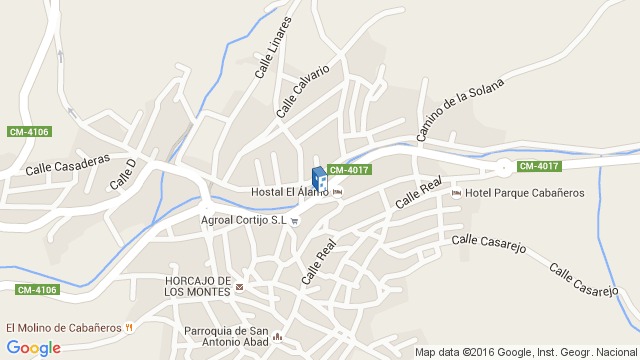