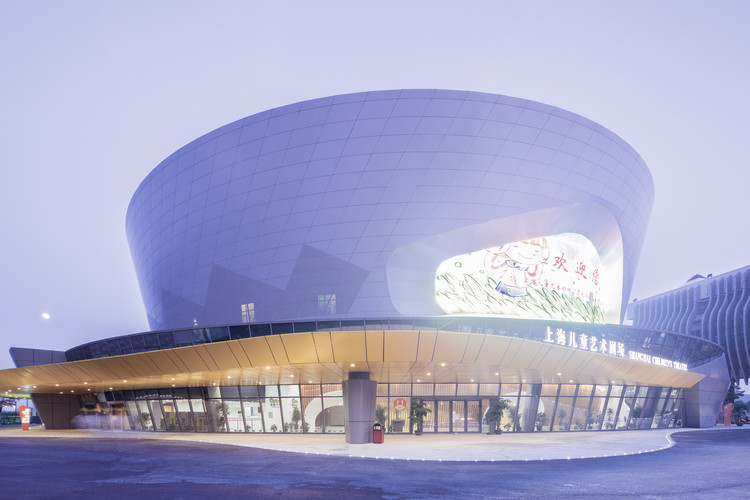 Text description provided by the architects. SAIC - GM Pavilion (abbreviated GM Pavilion) is one of the enterprise Pavilions during Shanghai World Expo 2010 Shanghai, Providing high-tech means to shows people the future vision for the urban mobility systems. The concept of GM Pavilion was inspired by the shape of auto parts with a spiral-shaped curve symbolizing the bright future of the automotive industry. Aluminum is the most common material in the automobile manufacturing and more than 4,000 irregular pieces of aluminum sheets which were positioned by BIM and 3D laser scanning technology during construction process composed the cured surface. SAIC-GM Pavilion was originally built as a temporary building, so some components such as the steel beams and LED screens can be technically recycled . Instead of using an all welded structure, a "bolt" plus "spot welding" technology was applied to ensure the comprehensive utilization of the recyclable building materials.

After the World Expo, the Shanghai municipal government finally decided to transform SAIC-GM Pavilion into Shanghai Children's Art Theatre which included a 1088 seat auditorium , a 300 seat theater ,a children's training center and other facilities. Coincidentally，this temporary building was renovated into a permanent one with new function requirements by the same design team. Part of the open space at the first floor was enclosed for a small theater and a children's activity center. By taking advantage of the original interlayer of the first floor for juvenile's training center and expanding office space on the top floor,the original space has been more fully explored and relocated. Converting the main exhibition area into the central theater was the hardest part of the whole renovation. The circular 484 seat exhibition area was replaced by a 270 degree central island stage to provide 1088 seats and the original adjustable screens was removed. In order to add bridleways and ancillary areas, the original diameter of the main exhibition area had been reduced from 55m to 35m.

A vivid orange canopy was added to break the cool silver surface and more curved elements had also been used for interior decoration to meet the topic of children. Many effective measure including structural strengthening and reinstalling the metal curtain wall were taken to ensure the security of the renovated building. After several months' renovations, SAIC - GM Pavilion had been transformed into an advanced public art facility for children which is also a successful example for utilization of the " Post Expo" building. 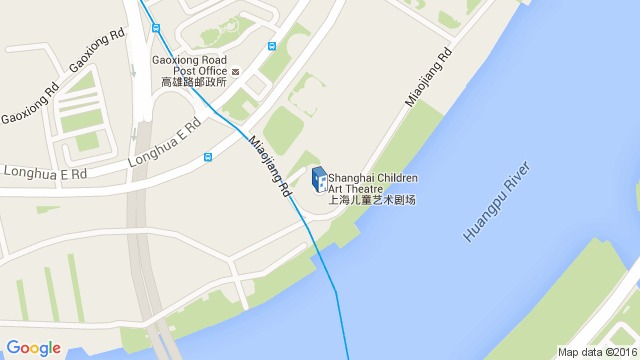 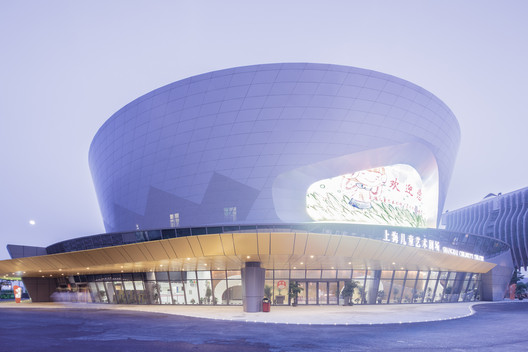