Furthermore, the plan introduces a large underground parking space, facilitating urban infrastructure, and making the site a gateway to the city. Thus, this section of the old city can become pedestrian-friendly, freeing urban surfaces for café seating, walkways, and playgrounds.

In treating the existing structure as an urban landscape, the proposal forms a 10/20/70 strategy, in which 10% of space has year-round, defined function, 20% of space is occupied by a central promenade that transects the building in two directions, and 70% of the space is not renovated but rather updated according to codes of safety. Year-round programs include a café, co-working office, gallery spaces, and educational workshops.

News via SADAR+VUGA and HHF architekten. 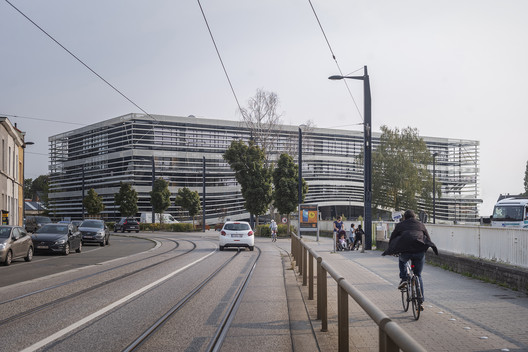 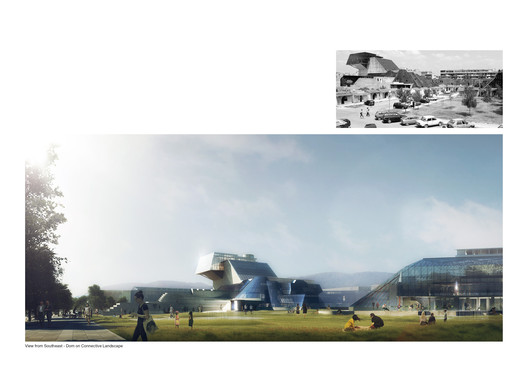