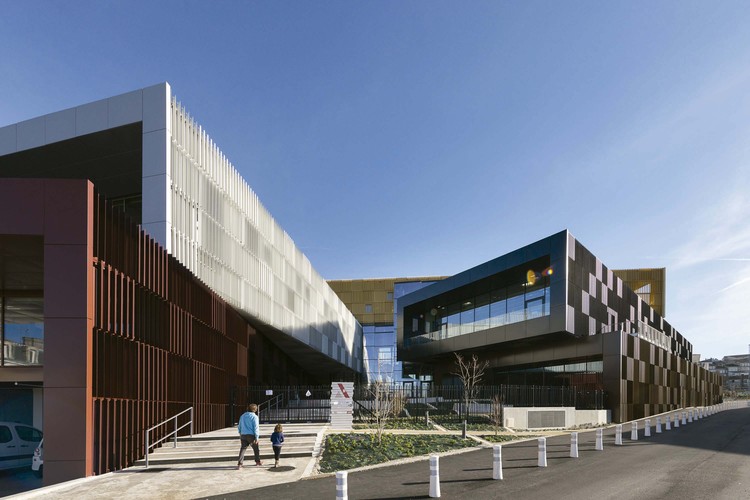 Text description provided by the architects. In a context of the increasing use of virtual media, loci anima has delivered the Angoulême Alpha media library. Built on the site of a former industrial area in the north-east of the city, the Alpha media library brings added value to the Houmeau district, which is being radically overhauled, improving the social and cultural life of people in this area. Its direct proximity to the railway station means that it is easily linked to all of the communes of Greater Angoulême (in time, a footbridge will provide direct access), but also to the world as a whole. For example, it is only natural that the Alpha has become the cornerstone of the comic festival and plays host to the public and journalists from all walks of life.

Inspired by the Scandinavian model, this building is concrete evidence of a new generation of cultural spaces where citizens are able to meet, to exchange, to learn, to relax, these famous «third places». Neutral and open to all, making no distinction in terms of age, this type of space seeks to erase socio-cultural differences and blur the boundaries between the public and the private, the collective and the individual. The “third place”, an idea developed in the early 1980s by the urban sociology professor Ray Oldenburg, is different from the “ first place’, the home, and the “second place”, the workplace.

How do you create a space that is open to all, that is never intimidating, that has a strong societal function and that everyone can own?

In answering this question, Françoise Raynaud, founding architect of loci anima, uses vocabulary associated with childhood and with colour. She then designs a building with multiple facades, a “rose of views”, facing the important landmarks of Angoulême and that face each other from the earth and from the sky. Made up of ve coloured parallelepipeds, cleverly stacked one on top of the other, the media library, viewed from the highpoint of the city, forms an A for Alpha and for Angoulême. Each of these ve “worlds” which make up the edi ce is scalable and identi able by the colour-material of the metal of the celestial body that is associated with it. So, the world of “creating” is anthracite in reference to Saturn and to lead. The world of “understanding” recalls the moon and silver. The world of “imagining” is represented by Jupiter and bronze. The sun and gold are to be found in the world “from one world to another”. Finally, the world “manufacture” is red copper, paying homage to Mars.

Connotations of the imaginary world of childhood are also seen in the design and the furniture which is geometrical, fun and functional, responding to the different uses that the media library offers. Wooden frames around individual desks isolate the reader in an atmosphere that lends itself to concentration that at the same time, opens a window to the outside. Massive naturally lit tables encourage exchanges during group work. Indoor and outdoor seats are in the shape of extra-large objects, for example a safety pin or a peg, providing seating that is fun, friendly and modulable. The architect has freed up the space under the ceiling in the entrance hall by placing the large East staircase in levitation, creating, as soon as one enters the building, a space that each individual can colonise and own. Additionally, the spaces are extended outside with terraces or gardens, for indoor/outdoor living,  to make the most of natural light everywhere and to open up or close off the spaces depending on the heat levels and mount of light necessary or desired.

Based on the observation that the city dweller is increasingly cut off from nature and finds in the elements of life and nature a rich source of dreams and of pleasure, loci anima has, here again, created this building as a space for the living. Sun, air, plants, water and metal are all materials used in the construction of the project. Over and above the real and intrinsic performances of the building on environmental aspects (low energy consumption buildings), this way of seeing, which is specific to loci anima, instils a symbolic and sensitive dimension to the project. 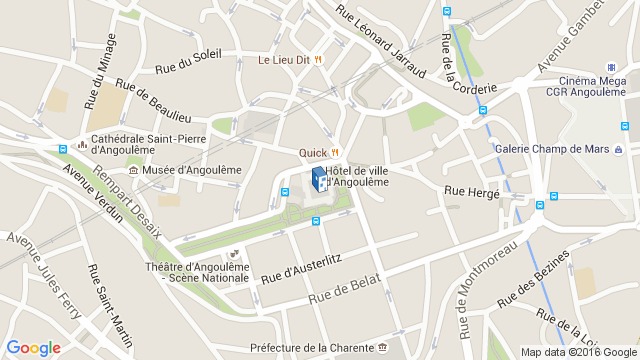 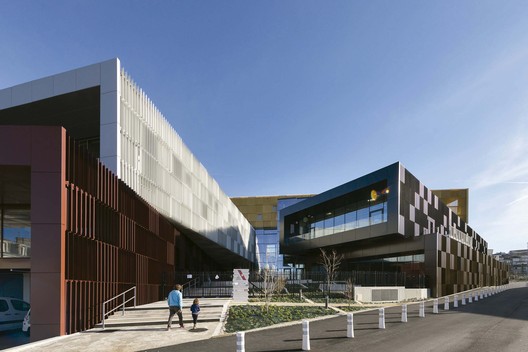