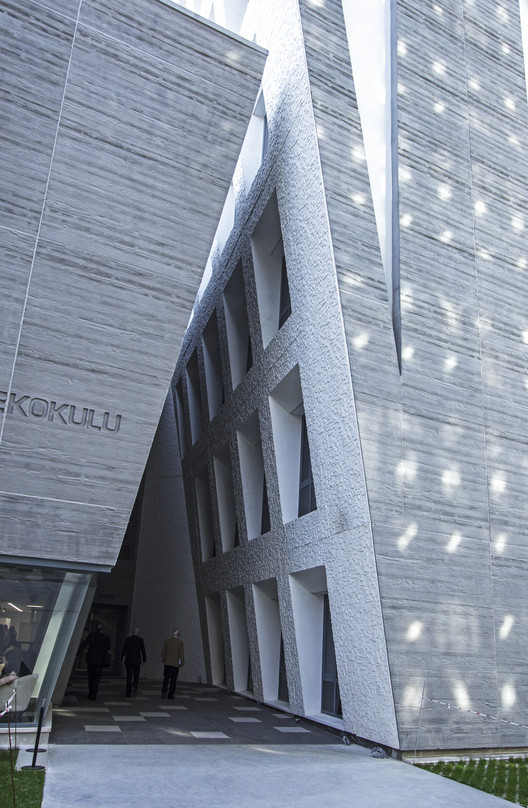 Text description provided by the architects. The London based office AUDB has just completed a university classroom building in Izmir Turkey as a part of their ongoing commitment to research and development projects in the region. The academic sector in Turkey is a fast growing field focused on innovation and quality. Over the last decade Turkey has put a large emphasis on higher education with university student growth of 121% between 2012 and 2014 in line with the BRIC countries. Reaching 5.5 million in 2014. This ongoing growth in higher education is also having a positive affect on the quality of education with a sustained increase in world ranking. The key to this growth has been the private Foundation Universities that have been established over the last 30 years.

The City of Izmir lies on the Aegean Coast of Turkey at the bottom of the Bay of Izmir. The 3rd largest city of Turkey, Izmir has a grand and dramatic history. The city was called Smyrna until the founding of the Turkish republic in 1923. Before the First World War Smyrna was a multi cultural city and arguably one of the most Cosmopolitan metropolitan areas in the world. A mixture of Greek, Armenian, European and Turkish, peppered with traders and immigrants from the Balkans, Caucasus, Arabia and Africa. In 1922 the city was devastated by fire at the end of the Greco-Turkish War. After the war the city was rebuilt according to Modernist principles.

Izmir University of Economics was established as a foundation university in 2003 by the Izmir Chamber of Commerce. It has 7500 students in a single campus in the Balcova district, with plans to expand to a new campus starting in 2016.

The design of the new Foreign Language Building at Izmir University of Economics offered a variety of challenges to the Architects. The first one being the amount of functions needed for a limited allocated space. The Balcova Campus is a densely built campus with 7 Faculties and the new building would fill the allowable built space to full capacity.

The main function of the building is a classroom building, with additional support functions such as offices, common- and social spaces. Classroom buildings are very strict archetypes that are challenging to any variation of spatial or organisational manipulation. Normally this is a plan consisting of a corridor with classrooms on either side.

The brief for the building was developed with the client with the aim to provide facilities for the most advanced contemporary technologies with flexible and paperless offices and classrooms. This lead to a research into the optimal spatial geometry to allow for this both the digital technology and freedom of furniture layouts.

The concept for the building is closely related to the historical evolution, relation and learning of languages; Convergence and connections. The functions are split into two main groups; the classrooms and the support spaces. On the ground floor these two functions are organised as directional spaces that cross over and converge at the vertical circulation location. The classroom requirements are significantly more than support spaces. These aim to merge at the top of the building as a traditional corridor/classroom archetype. This reinforces the idea of conversion in the building section, as the plan morphs from one to the other.

Each floor of the building is identified with it’s own colour. These are related to the flags of the various countries which language is taught at the University as the second foreign language after Turkish and English.

The building provides flexible paperless work spaces for the teachers in open office environments. The office environment for a population of 100 teachers provides multiple ways and opportunities for working styles, giving teachers ways of working when and how they prefer.

Tectonically the building tries to avoid the glass/steel typology of modernist office buildings. These solutions tend to create large problems with environmental controls of buildings. Rather the architecture goes back to traditional and contextual solutions. Solid walls are expressed a with emphasised penetration for fenestration. These window punctures are based on internal functions as well as solar analysis. Sun and daylight in the building changes through they day and the season, and the teaching spaces offer a variety of light and shade conditions to suit different teaching styles.

The solidity of the building is played with as elements of nature, weight, scape and patterns. The two main masses of the building converge over the lower entrance space, creating a powerful gap adjacency over the entrance, reminiscence of natural caves. The same approach can be seen in the “heavy” mass sitting over the very open ground floor café, or the enclosed inner courtyard.

The design attempts to bring a sense of space, variety, colour and identity to a dense occupation of a strict archetype. Technology is a driving factor, but is not made to dominate the design aesthetic in any way. 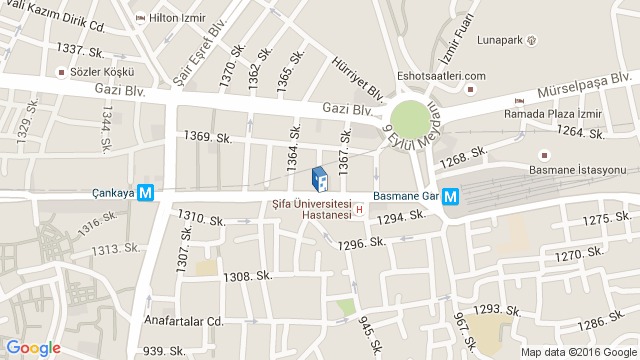