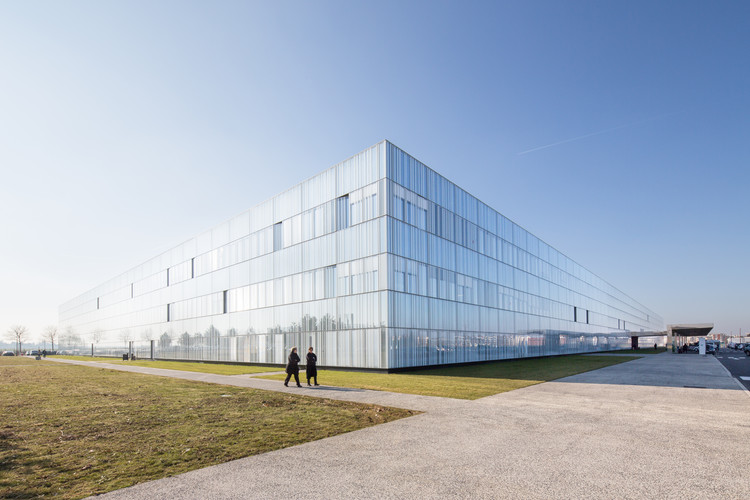 Text description provided by the architects. The Marne-la-Vallée hospItal is metIculous and clever, established In the middle of huge flat fields. It’s a small town, a complete organization, the programmatic complexity of which has suffered neither from disorder, nor unrest, and, for all that, It continues to maintain a broad range of feelings and sensations.

Marne-la-Vallée, created in 1972 by the union of twenty seven towns east of Paris, between the river Marne and the A4 motorway, has approximately six times fewer inhabitants than the capital, for an area that is greater by some 50 square kilometres. The Walt Disney company and the state, represented by Epamarne and Epafrance, have been collaborating since the 1990s towards its economic and urban development.

It is here at the north edge of Jossigny, in the middle of the fields, south of mickey mouse's territory that the quiet and peaceful MCO hospital (medicine, surgery, obstetrics) is located.

It is one of the flagship projects of the plan hospital 2012 (hospital plan), initiated by the health minister in 2007. This created a framework for the Stat's financial participation in private and public health establishments in France. With a view to the modernisation and development of its health offer on the scale of the Marne-la-Vallée area, it was decided to close the Lagny centre and to build this new centre; more modern, larger and with a greater offer, whose 72,000 square metres house some 585 beds ( 125 of which in psychiatry) and 1,700 people. The volume is an absolute and concise parallelepiped, of 200 metres by 115, for a height of scarcely 13 metres, composed of a service basement area, a ground floor dedicated to reception, outpatients and accidents and emergencies, a first floor of operating blocks and surgery, cardiology and maternity departments and a last floor for paediatrics, child psychiatry and adult psychiatry. the choice of the architects to design the same single and compact building, rather than several connected entities required perfect management of the flow, safety, hygiene, operation and light. Although the objective was met, while giving preference to comfort and readability, it is through the implementation of a development concept that they have been developing for some years now. The single hospital space developed by Brunet Saunier consists in using a fixed structural framework in which free platforms, patios with natural lighting and circulation arteries find their place. Within such a maze, a wide range of colours and control of transparency act as the signage.

Although there is no landscape to be thought out here, since the terrain is so flat, this is a godsend, since the architects chose strong artificial materiality that was inconspicuous yet efficient, and concise but not silent. the evanescent skin implemented here is an alternation of transparencies and opacities composed of breathable glazed panels with integrated blinds and ‘shadow boxes’, whose serigraphy of white vertical lines is repeated endlessly. It elegantly conceals the repetition of the openings and the technical elements, while providing protection and privacy, as well as regulating solar gain. Perfectly smooth and unchanging, it provides the tranquillity and luxury that often lack in a cold and distressing hospital environment. 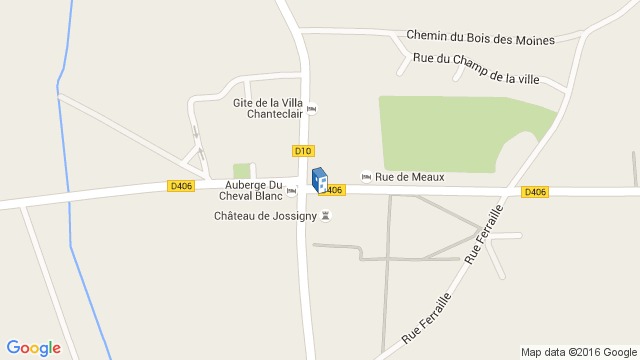