Russian designer Vasily Klyukin has envisioned the "Asian Cobra Tower." Just as its name suggests, the gold-plated tower takes the shape of a snake, offering offices and apartments in its body and a restaurant, night club and terrace in its jaws.

"In Japan telling someone that he is a snake means a compliment. In China snakes and dragons often mean the same," says Klyukin. "The symbol of wisdom and eternal life, this tower would embellish any Eastern city."

"Snakes and dragons are custodians of threshold, temples, treasure, esoteric knowledge and all lunar gods. If this skyscraper is built in a city this city will become eternal in its resurrections," adds Klyukin.

"The diamond-shaped pattern on the back of the snake is the symbol of Yang and Yin, duality and reunification of the Sun and the Moon, male and female principles, conciliation of opposites, and androgyny."

"Snakes change their skin, as this skyscraper can change its coloring." 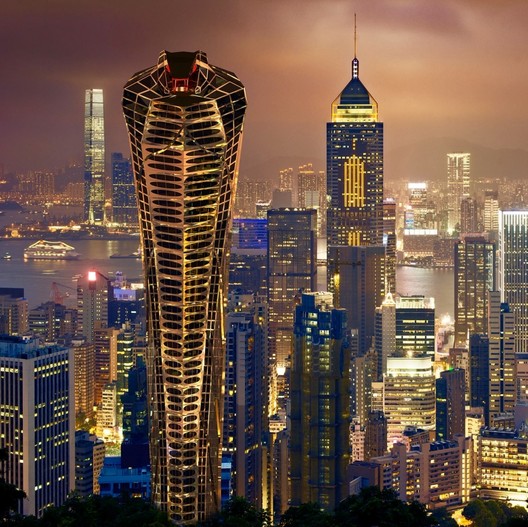