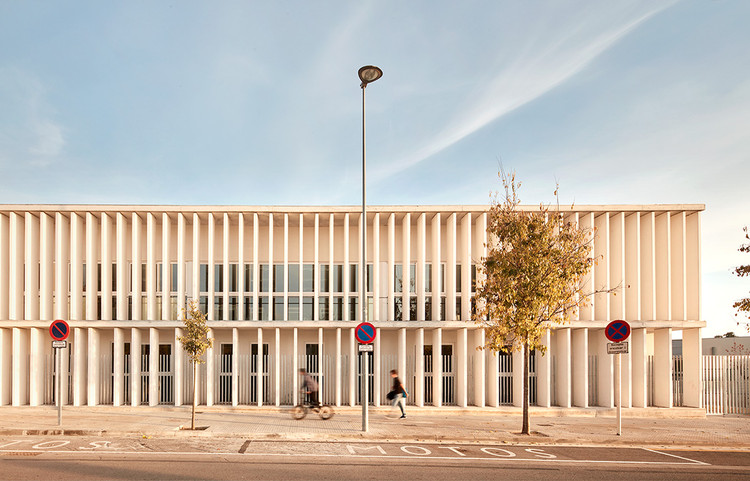 Text description provided by the architects. HORIZONTALITY. The building is aligned to the road and sits on the ground  establishing a uniform horizontal line on top.  A reference line in the landscape in contrast to the topography.

GRADIENT. The building solves the difference in elevation between the road and the plot thanks to a half-buried floor which provides a direct relationship with the playground. At this level there is located the gym, locker rooms and services. A longitudinal porch provides a shelter and shade, and also connects the different parts of the building under cover.

LIGHT. The building is fragmented by patios that provide light and ventilation to the lower level. Next onto the road, classrooms on the upper floors are also oriented to the courtyards so that the visual relationship with the street occurs indirectly through a string of vertical elements made of precasted concrete that also work as solar protection on the rest of the facade.

SEQUENCE. Patios break the main facade in different pieces and generate a rhythm between full and empty. The building looks sturdy but light and permeable. This rhythm is also transferred inside the building where light is entering through the patios into the central corridor.

GEOMETRY. The building corrects its geometry thanks to the  courtyards and adapts to the curvy street. Each patio allow a significant small rotation to achieve it. They also keep the orthogonality and order of the structure.

MATTER. The concrete facade is expressed as a massive element that emerges from the ground. It is possible to detect the metal formwork geometry on its surface, a second geometric order related to the construction system. The rest of the building is white with all its shades depending on the light. 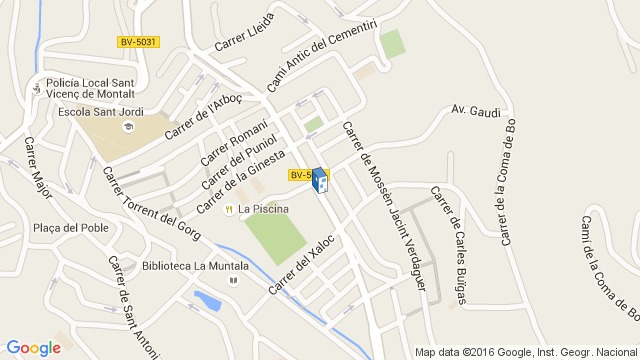 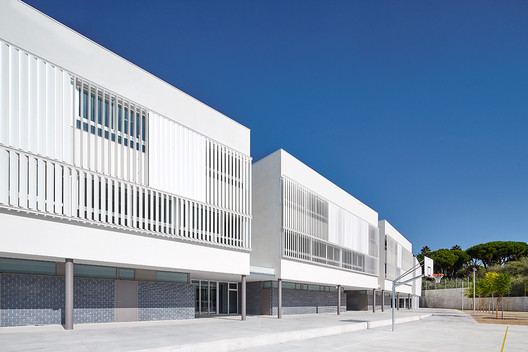